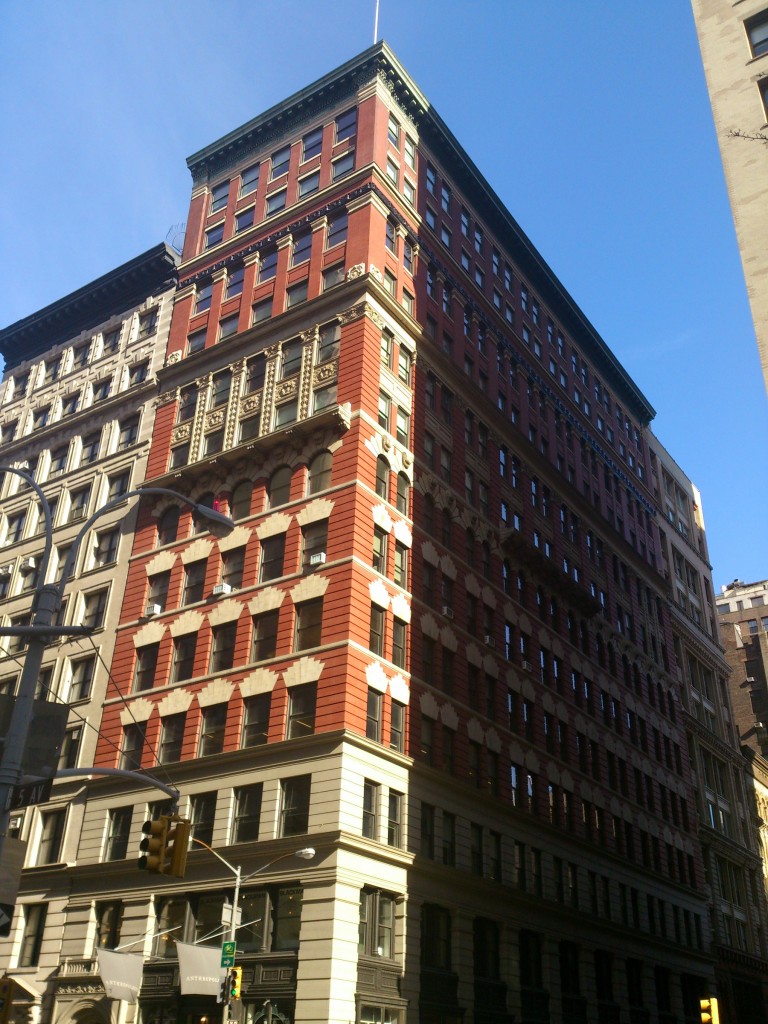 The cheerful-looking Annin Building at 85 Fifth Avenue is the work of Louis Korn, whom we first met with his energetically bizarre 12 Fifth Avenue. 85 Fifth is far more sedate in comparison, but still strikes an unexpected note through its use of colorful red brick, which, while common enough south of 14th Street, is a rarity on this stretch of Fifth.

Built in 1899, this is one of the district’s older skyscrapers.