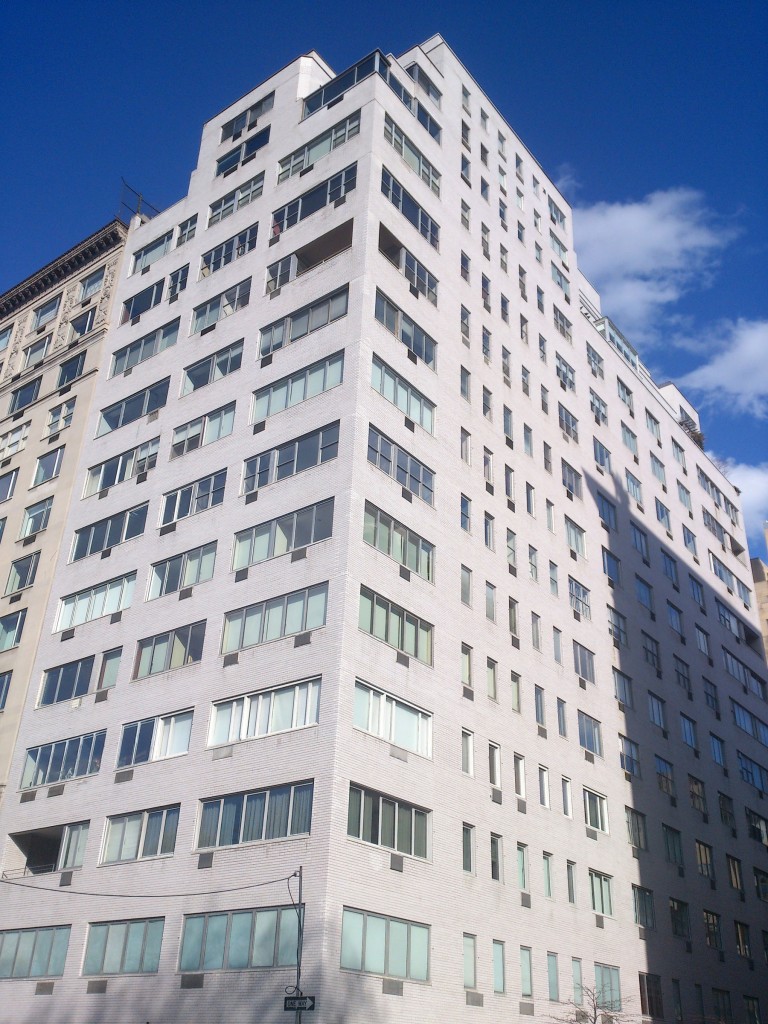 Once a 12 story Beaux-Arts building similar is style to 907 Fifth Avenue directly across 72nd Street, 910 Fifth Avenue was stripped to its steel skeleton in 1959 and rebuilt as a 16-story white brick apartment house in the then generic “white brick” style.

Writing of 910 Fifth Avenue, historian Andrew Alpern opined that “its present appearance is unworthy of pictorial documentation” – and even the recladding architect, Robert L. Bien, could offer no defense of the project, admitting that it was “one of the plainest buildings we did…nothing special about it.”

That said, the lobby is an attractive space and the building is at least unobtrusive.