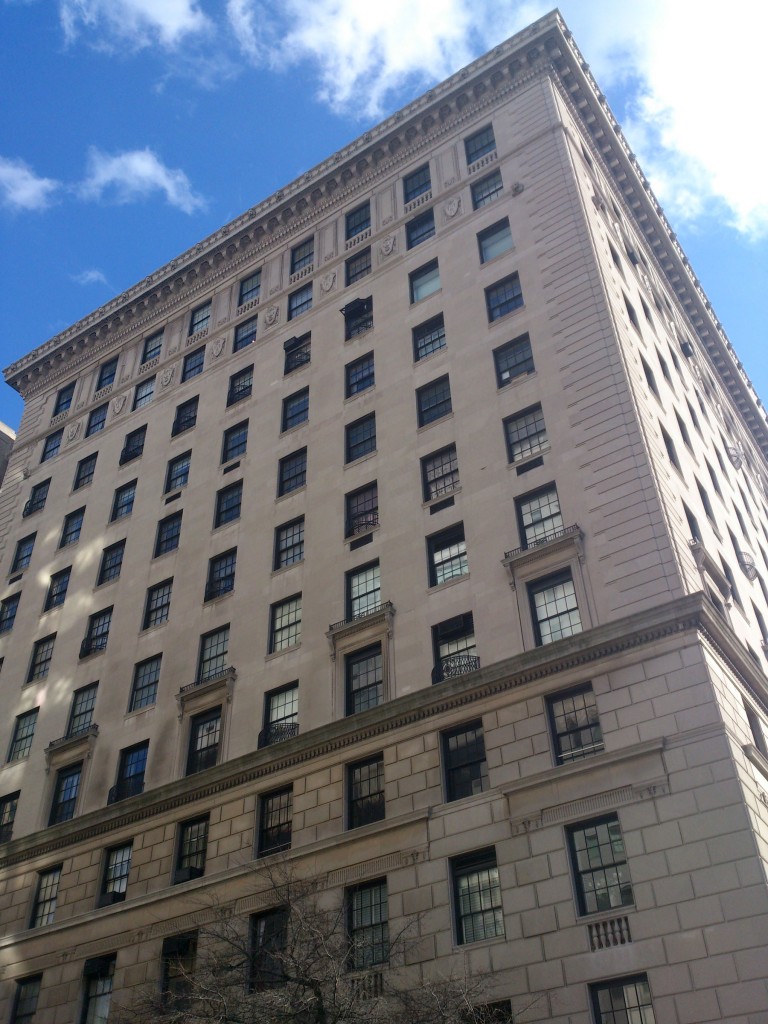 One of J.E.R. Carpenter’s most substantial buildings, 907 Fifth Avenue was completed in 1916 and was the first such building to replace an existing mansion (998 Fifth Avenue was completed in 1910 but was constructed on an open lot).  The building won Carpenter the gold medal of the American Institute of Architects for 1916 and heralded the change in this part of Fifth Avenue and the city overall from single-family dwellings to apartment life at every level of society.

Famous residents at 907 Fifth Avenue included the reclusive Huguette Clark, the copper heiress, whose three apartments in the building are said to contain incredible wood paneling and plasterwork as well as intact original kitchens.