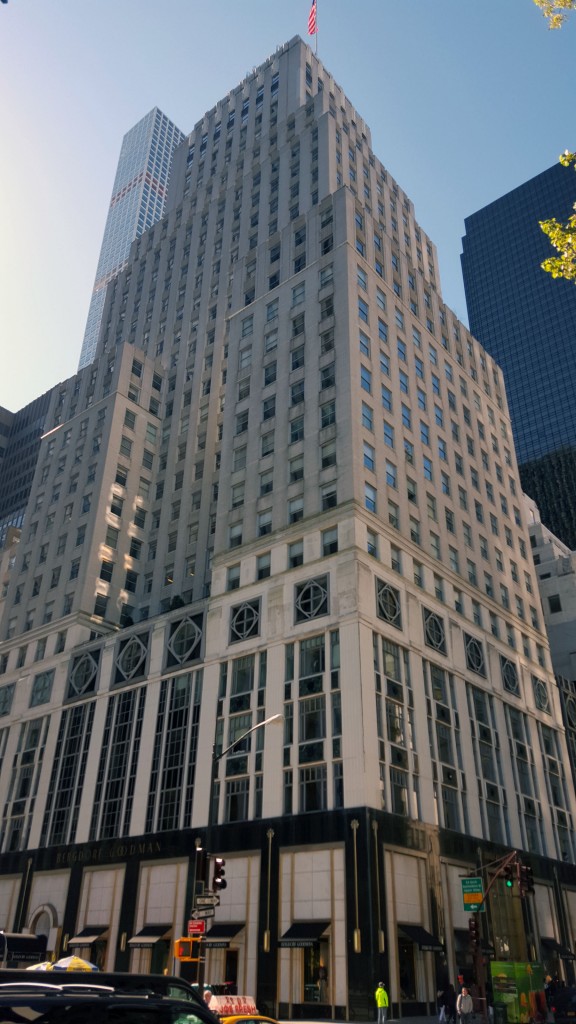 745 Fifth Avenue, the original Squibb Building, is a major work by the firm of Buchman & Kahn.  It was a favorite project of partner Ely Jacques Kahn to the extent that he actually dressed as the building for the famed 1931 Beaux Arts Ball. The Art Deco entrance grill, marble lobby and ceiling mural by artist Arthur Covey are all notable features.

The ground floors and storefronts have seen some sympathetic remodeling.

745 Fifth Avenue  is currently the location of the Men’s Department of Bergdorf Goodman, right across the street; previously, it was the location of the famed toy store F.A.O. Schwartz before that establishment moved one block north to the General Motors Building.