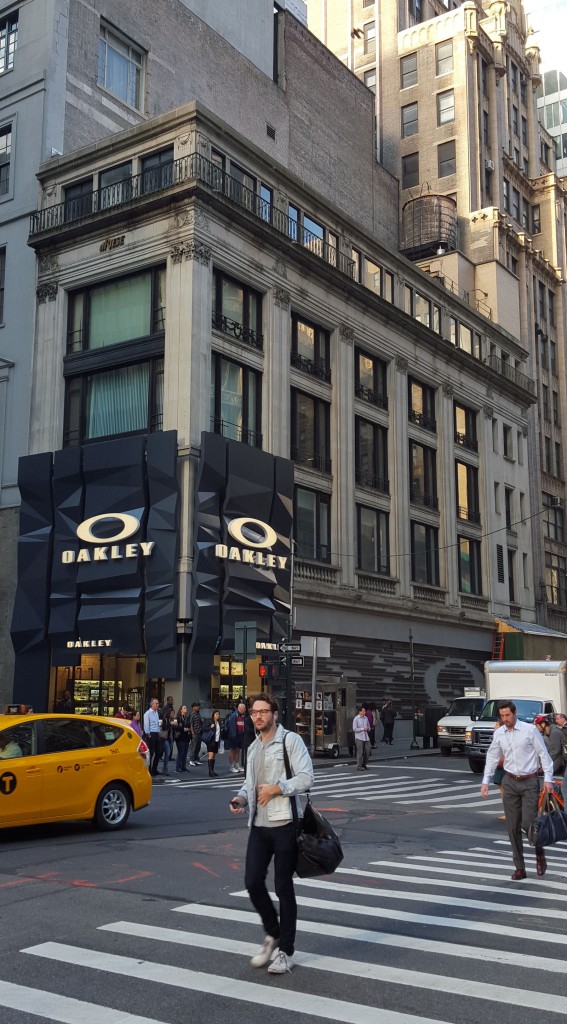 One of the saddest of the recent architectural travesties in Midtown, the beautiful Beaux Arts shop at 560 Fifth Avenue that Grand Central Terminal architects Warren & Wetmore produced for jeweler Jacob Dreicer in 1906 has recently had its black-and gold marble first floor removed and its façade overall obscured with a sign for the current tenant.

In place of a building that Architectural Record once praised as the firm’s “greatest monument” to “the French Renaissance” we now have a shopfront worthy of a fading New Jersey mall.