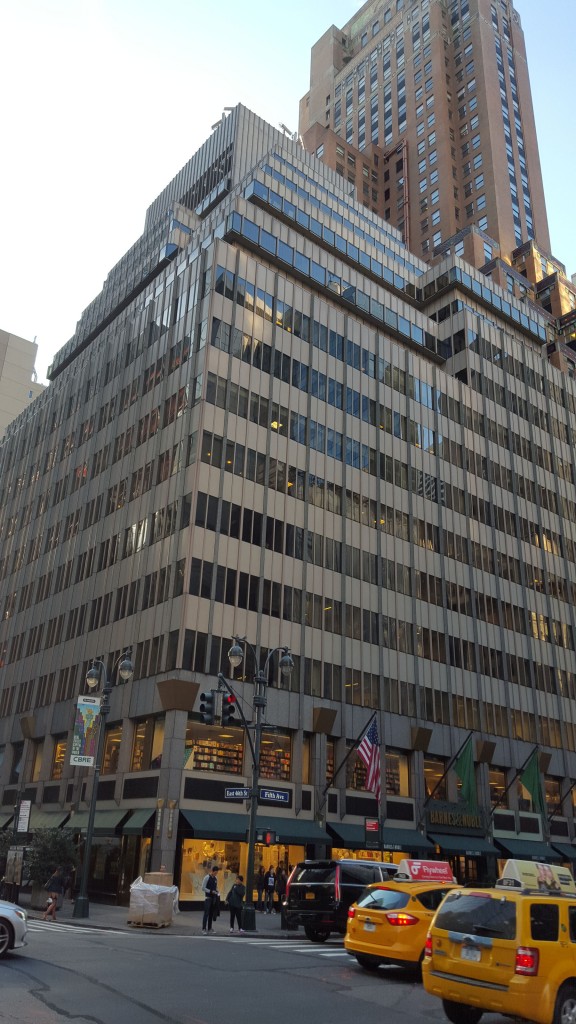 Additionally, the nine upper floors now feature a staggered arrangement of cantilevered bay windows that protrude from the office space in a fashion that suggest enclosed balconies. A plan to plant trees on the upper terraces was evidently abandoned, but all in all 555 Fifth Avenue is an highly successful and elegant recladding.

Der Scutt had previously completed the famous – some might say infamous – Trump Tower north of Fifth Avenue at 56th Street as well as numerous other major buildings, including One Astor Plaza and The Corinthian at 645 First Avenue, the city’s largest apartment building when completed in 1988.