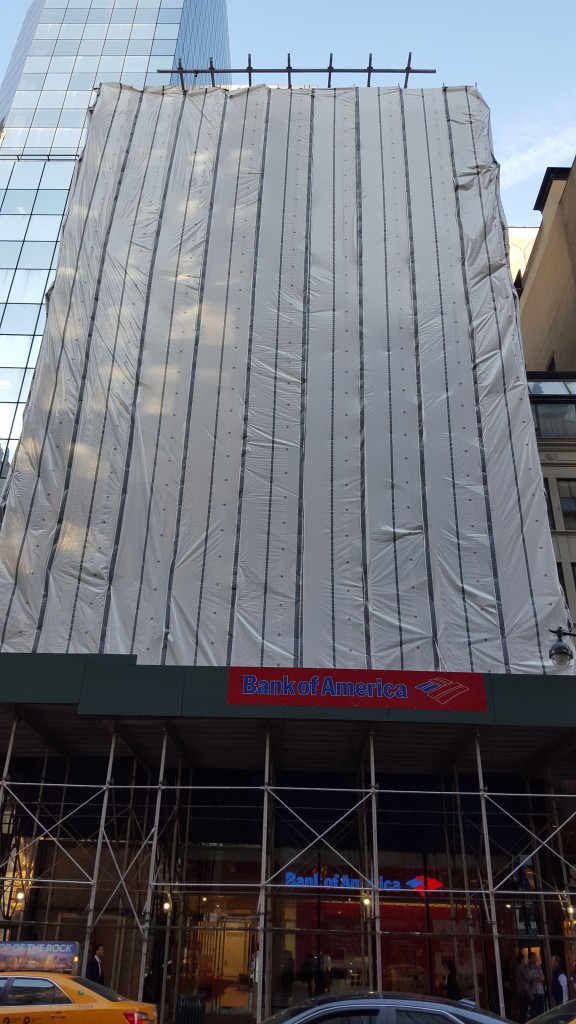 Currently lurking under construction netting, 550 Fifth Avenue was built in 1910 for the Montross Gallery.  One of the city’s most distinguished such venues, the gallery showed such French and American artists as Cezanne, Matisse, Man Ray and Charles Sheeler; its handsome Beaux Arts home has since suffered mutilation at the lower two floors.

We’ll be taking another look when the scaffolding comes down.