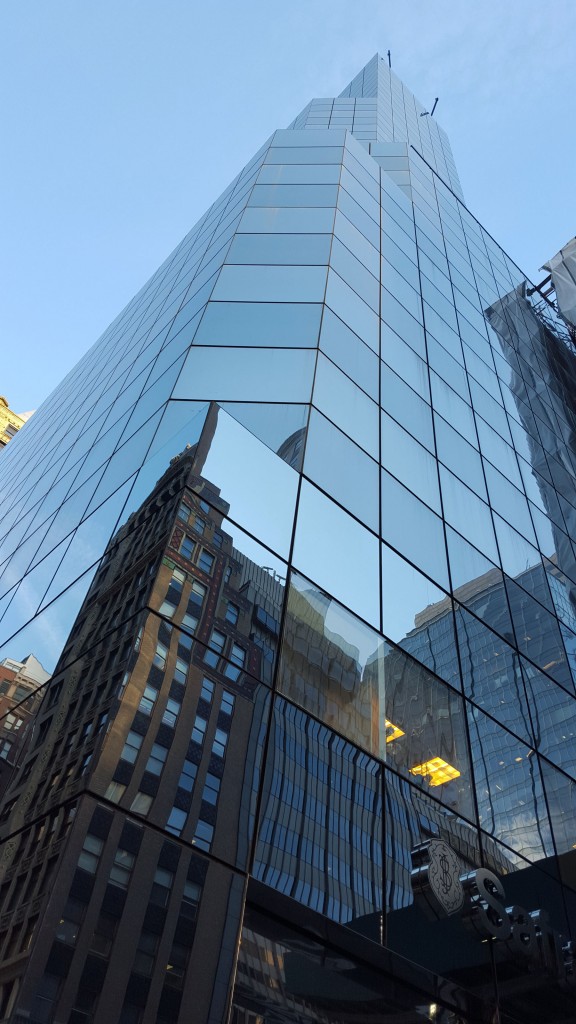 Completed in 1990 for the Bank of Brazil, the mirrored 546 Fifth Avenue is a flashy and (almost immediately) dated affair that suggests the opening credits of Dallas rather than the Midtown blocks of Manhattan. A rather bizarre first floor commercial space features neo-classical wood paneling jarringly at odds with the exterior.

Emery Roth & Sons were the architects; even by the very lax standards of the late 1980s/early 1990s this was not one of their best efforts.