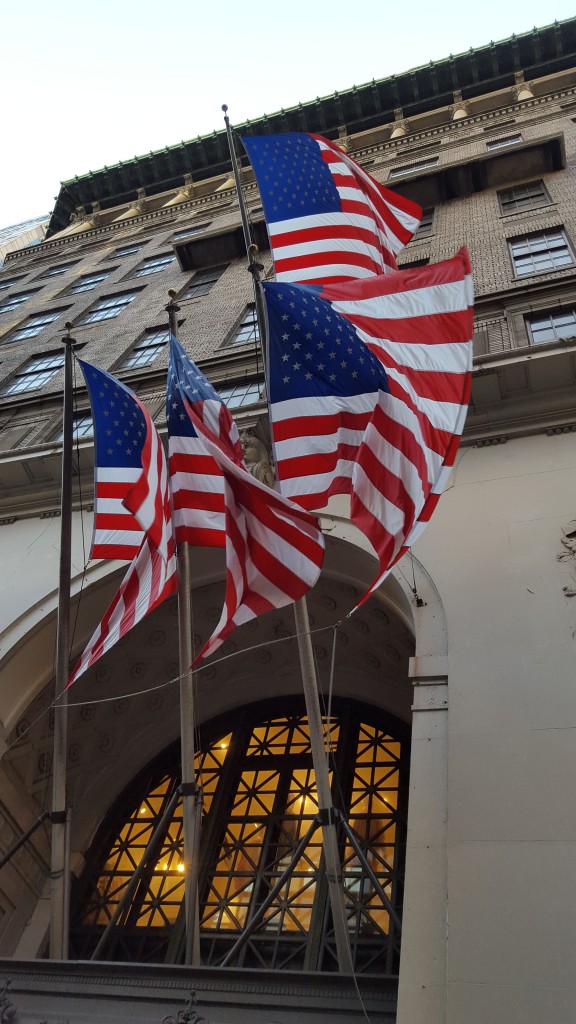 One of the city’s most beloved department Stores, the Lord & Taylor Fifth Avenue flagship at 424-434 Fifth Avenue was designed by Starrett & van Vleck, the city’s leading department store architects and marked a turning point in both the firm’s architecture and in how department stores were conceived of architecturally. In place of designs that consciously aped domestic styles, such as B. Altman’s magnificent but conservative store at Fifth Avenue at 34th Street, Lord & Taylor was the first “frankly commercial” presence on the avenue and on its completion in 1914 was called by Architecture magazine “the best of its class.”

Elegant detailing is capped by one of the city’s best copper cornices; innovations included an inclined drive for deliveries and a new mode of shop window display that could be lowered into basement stories for quick replacement.

Lord & Taylor’s yuletide windows, along with those at Saks Fifth Avenue and Macy’s, are a huge part of the traditional ambience of holiday shopping in New York.