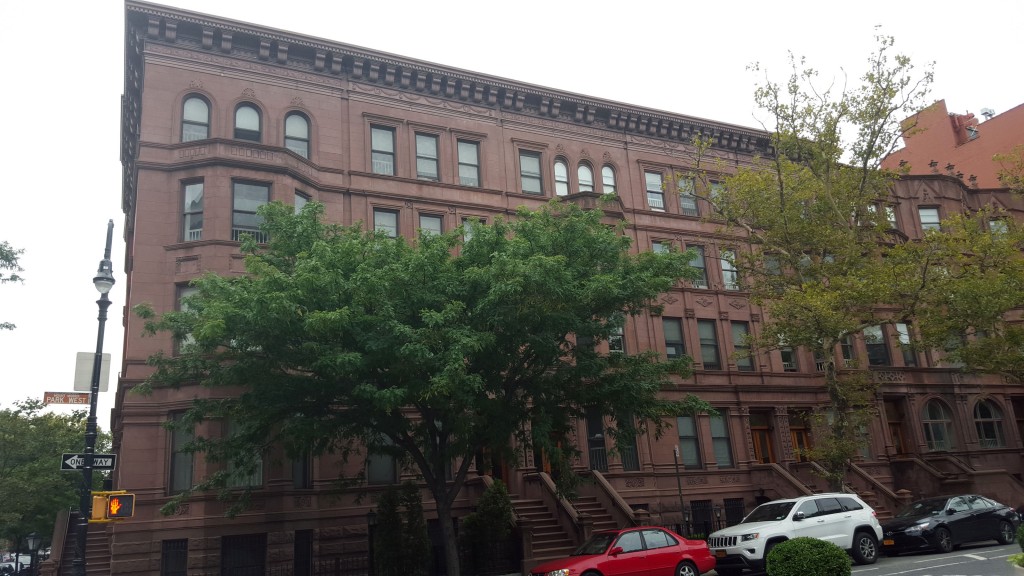 Larger overall than the buildings lining the south side of West 120th Street, 4-9 Mount Morris Park West is a handsome row that displays a Beaux Arts sensibility translated into the traditional brownstone associated with New York rowhouses of an earlier era.  4-6 were designed by Gilbert A. Schellenger in 1893 and 7-9 were designed by Edward Angell three years prior, but the buildings possess an attractive unity overall.

The buildings were abandoned for many years and gained the nickname “The Ruins” before being extensively restored in the early 21st Century.