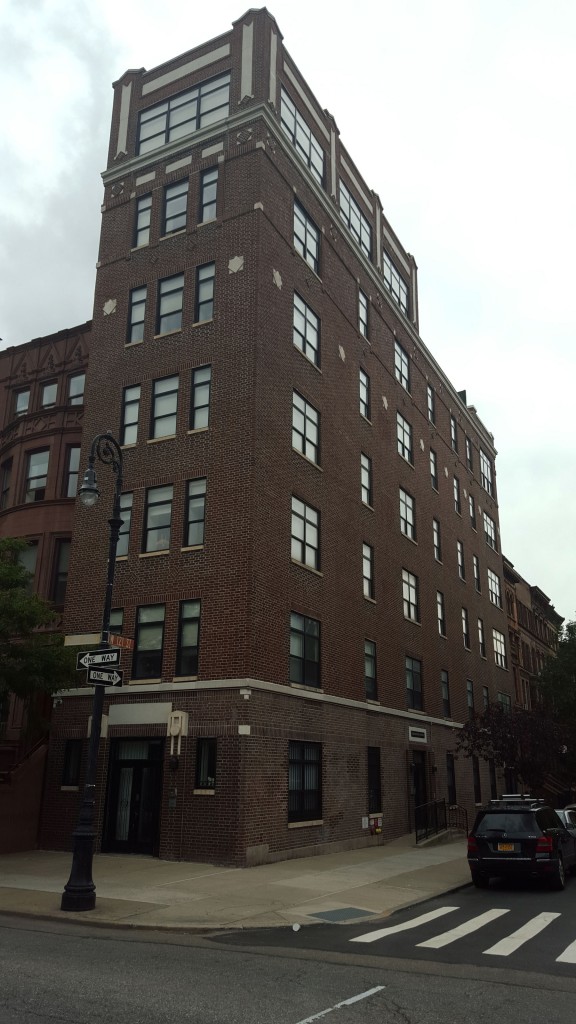 10 Mount Morris Park West is an anomalous if attractive intrusion into a district that displays a marked late 19th century architectural character; built in 1923, it rises seven stories.  Ironically, its prior use was as a penitentiary – the Parkside Correctional Facility for women.  It was converted to residential use in 2006 and now contains studio, simplex, duplex and triplex apartments.