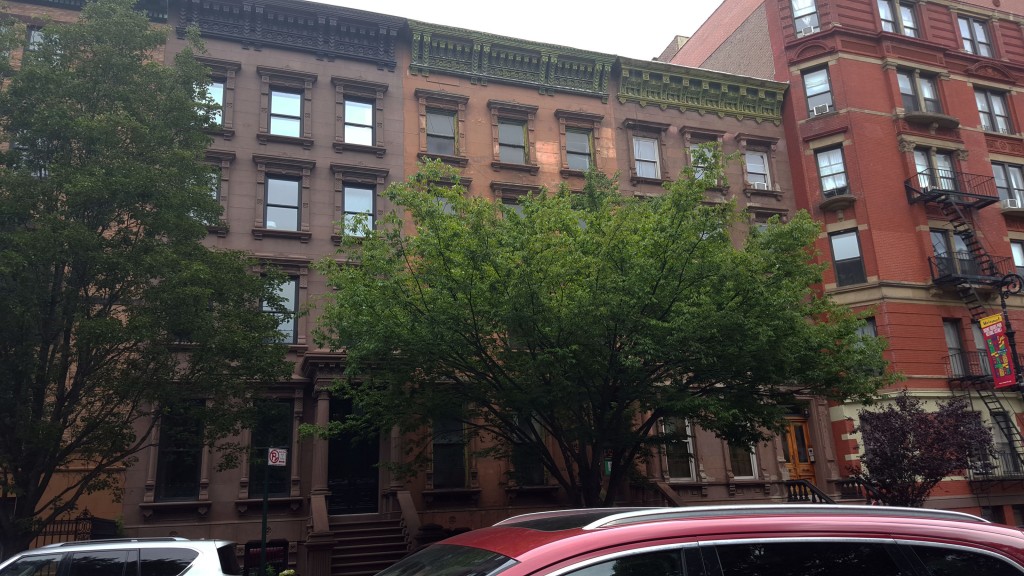 32-34 Mount Morris Park West are a well-preserved trio of houses similar to those at 26-30.  They were designed by Charles Baxter in 1881.  34 MMPW is of note for its still partially-extant observatory, which was installed in the early 20th century by the Dwight Family, who also built 31 MMPW next door.  Not visible from the street, it is one of only a half-dozen such rooms in the city.