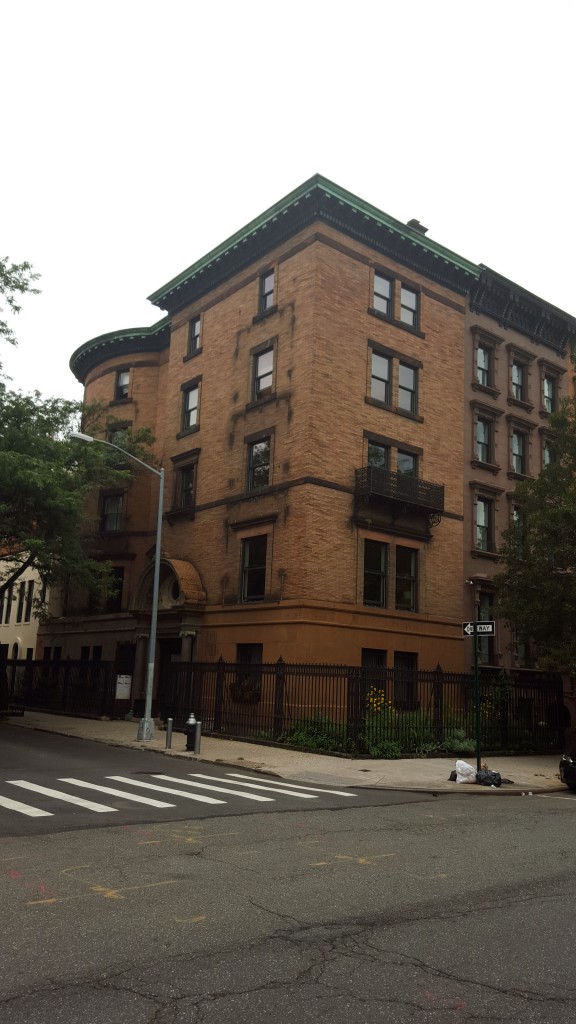 A substantial essay in Roman brick, 31 Mount Morris Park West, also known as the James Dwight Mansion, was constructed for one of the founders of Arm & Hammer Baking Soda.  Designed by Frank H. Smith, a Boston artist and theatrical designer, in a sophisticated mix of Romanesque and Renaissance detailing.  Featuring a beautiful portico entry on West 123rd Street, the house was later converted into one of the oldest African American synagogues in the country.  It is currently privately owned, and undergoing a sensitive restoration.  (Scars visible on the masonry facing West 123rd Street are from the recent removal of fire escapes.)

Smith was one of the celebrated participants in the so-called American Renaissance movement and was an associate of artists such as John La Farge and Augustus Saint-Gaudens.  His own residence, called “The Sunflower House”, still stands in Beacon Hill, Boston, as a unique example of the High Aesthetic style.

The Dwights themselves are also commemorated at Mount Holyoke College by the Dwight Memorial Fine Arts Building, a gift from the couple to the school.