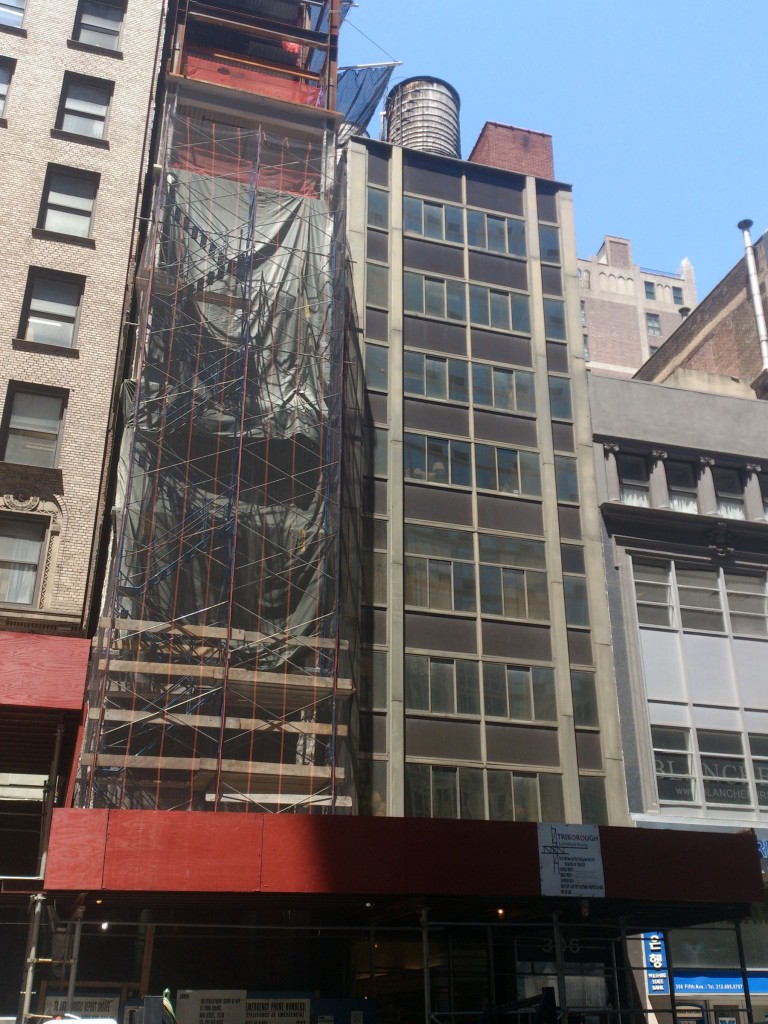 It’s probably too soon to come to a final opinion about 304 Fifth Avenue (seen here during an early stage of construction), although its 1983-PoMo vibe is not entirely encouraging. We’ll take another look when the last scaffolding is down.

The site was previously home to a unique example of a mural-decorated façade with an Art Nouveau motif.

Its neighbor to the north, 306 Fifth Avenue, displays all the grace and imagination of an upright cinderblock.