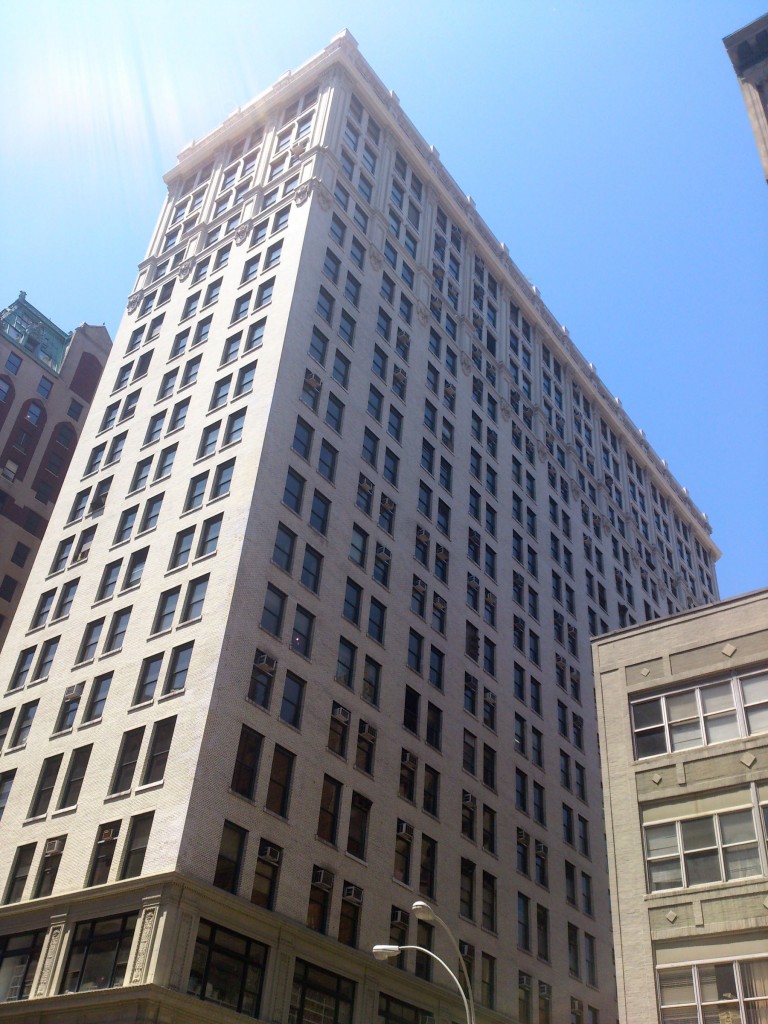 The third of a trio of skyscrapers on the west side of Fifth Avenue just north of Madison Square Park, 228-232 Fifth Avenue, also known as the Victoria Building, is a design by Schwartz & Gross, who also designed the eye-catching 212-216 Fifth Avenue a block south.

Replacing the Victoria Hotel, a famed work by architect Richard Morris Hunt, 228-232 Fifth Avenue employed an original means of construction in which the foundation of the new building was created while the existing building was demolished.  This was accomplished by using the beams of the original building as a support for a pile-driving hammer – and reportedly shaved three months off the process.

The building is current the location of a nightclub with rooftop access; the view of the Empire State Building to the north is well worth the visit.