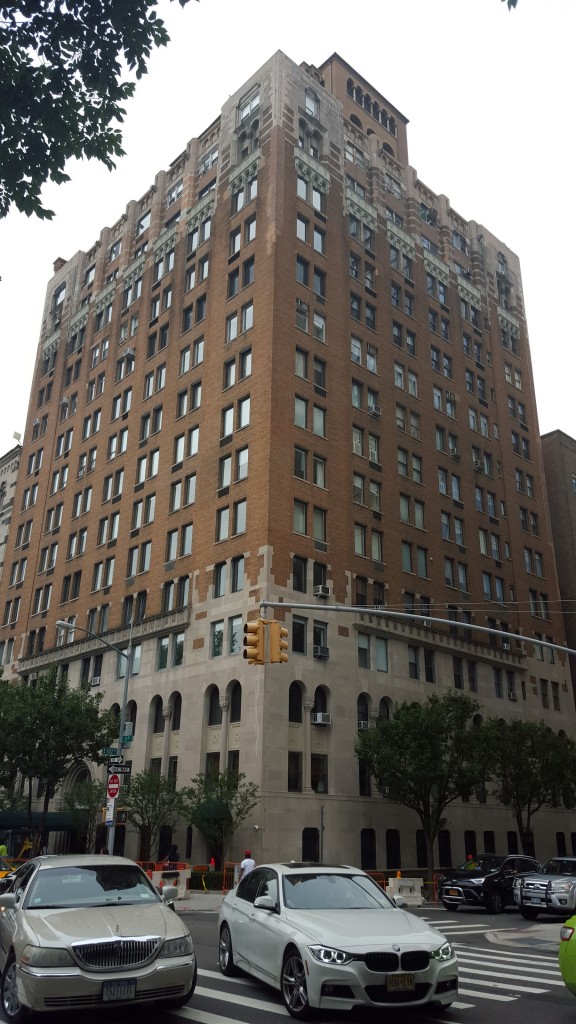 The northernmost of the truly grand Fifth Avenue apartment buildings, 1215 Fifth Avenue is also known as Brisbane House, after Arthur Brisbane, the Hearst Organization editor whose memorial stands across the street a few blocks down on the Central Park side.  A decidedly eclectic figure, Brisbane also had a role in the development of the Ritz Tower, an Emery Roth-designed Spanish Renaissance structure that was the tallest apartment building in the world when it was erected at Park Avenue and East 57th Street in the 1920s.

Here Brisbane contracted architects Schultz and Weaver, responsible for the Pierre Hotel and the Sherry Netherland further down on Fifth; they produced a robust and highly sophisticated Italianate design and crowned the building with one of the avenue’s best campanile water towers.

The building was completed in 1929 and is one of the very few Upper East Side buildings to be named as well as numbered.