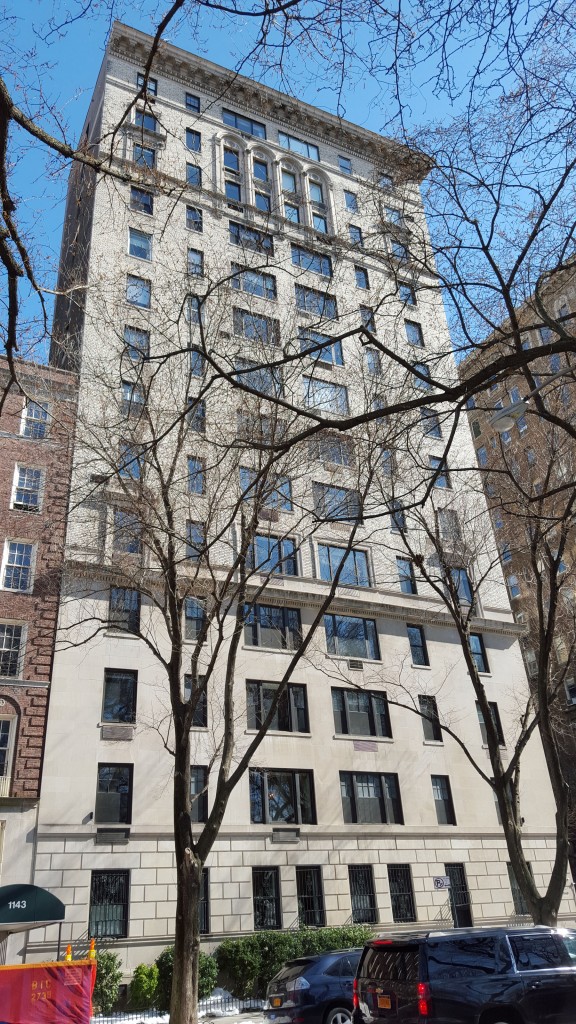 A handsome Beaux Arts essay, 1140 Fifth Avenue was designed and built by the developer Fred F. French, whose eponymous skyscraper stands at 551 Fifth Avenue at 45th Street.  Far more subdued than either that structure or French’s other, better-known residential development, Tudor City, 1140 Fifth Avenue is nevertheless a characteristically imposing addition to the district.

French himself inhabited the duplex penthouse – one of the earliest such in the city – where he installed a squash court.  Shades of the builder-architect Anthony Royle in novelist J.G. Ballard’s “High Rise”, perhaps?