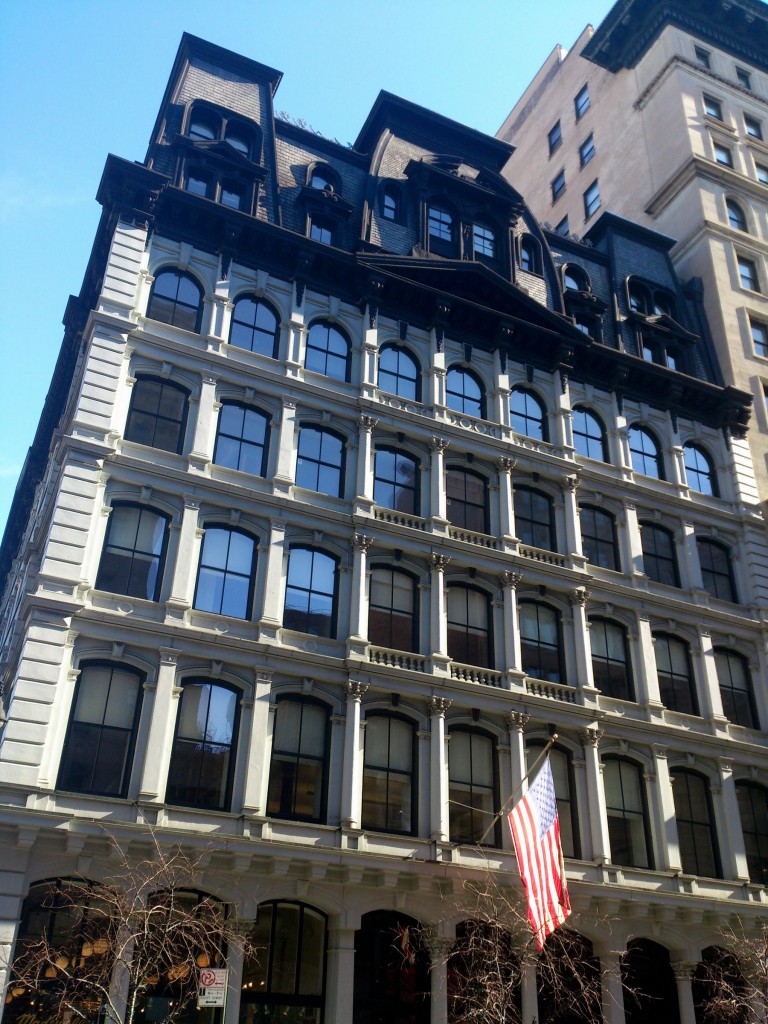 This spectacular survivor from the post-Civil War period is one of the most significant commercial buildings on Fifth Avenue and one of the largest examples of the French Second Empire in New York.

113 Fifth Avenue was originally a Broadway building, part of the Arnold Constable & Co. complex designed by architect Griffith Thomas. In 1872, at the beginning of the French Second Empire’s architectural ascendancy, the southwest building of the complex at Broadway and 19th Street gained its crowning two-story mansards. In 1876 the building was extended to Fifth Avenue in the same style.

When 113 Fifth Avenue was completed, the New York Herald said: “By a nice arrangement and symmetrical adaptation of all its parts the massiveness of the structure is pleasantly relieved, and the building thus rendered, from an architectural point of view, one of the finest edifices in the city.” It is hard to fault that opinion.

The Constable store was one of the nation’s preeminent dry goods stores of a type that would later evolve into the luxury department store long associated with Fifth Avenue. The largest store of its kind in the city during the 1870s, its customers included Carnegies, Vanderbilts and the wives of Thomas Edison and President Grover Cleveland. The store maintained offices in Paris and Lyon and 113 Fifth Avenue was seen as a center of the very latest in French fashion – quite in keeping with the architecture.

The handsome cast iron front on Fifth Avenue remains. The first floor on 19th street and Broadway has been “modernized”: otherwise this vast relic appears almost exactly as it did in the days of its fame.