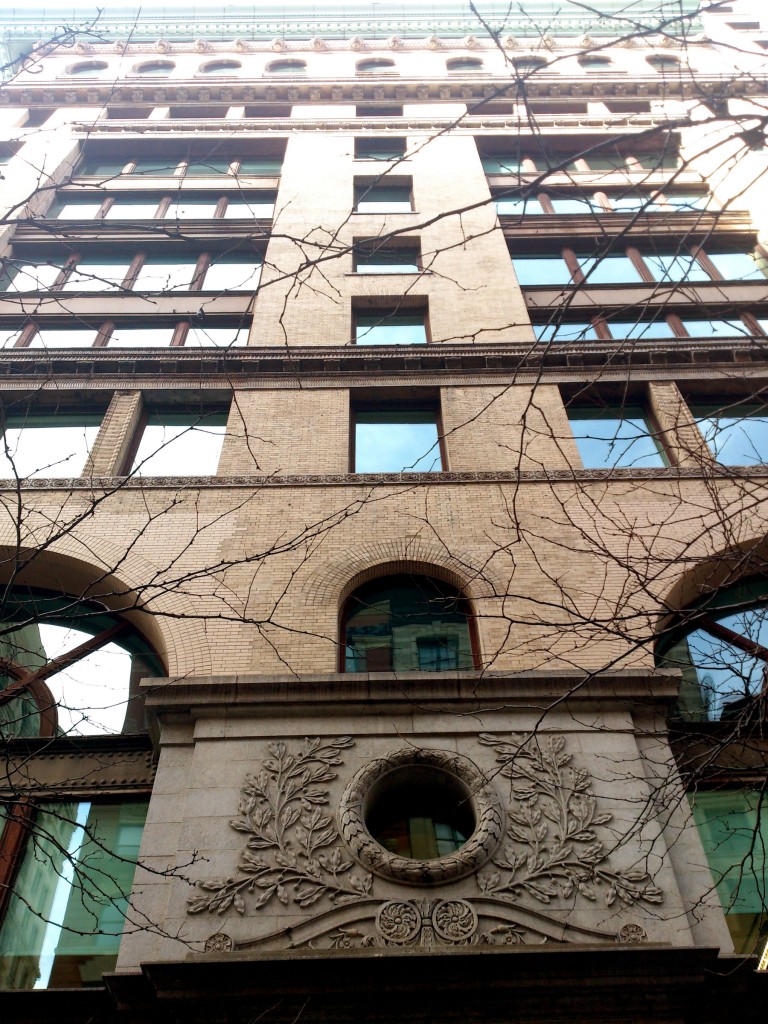 Along with the Flatiron Building at 23rd Street, the Judge Building at 110 Fifth Avenue is probably the most significant skyscraper on the Ladies’ Mile. Designed by the world-renowned firm of McKim, Mead & White in an attempt to match the dramatic structural qualities of Classical Roman architecture, the Judge Building was built in 1888 and faced in granite, brick and terra cotta; it received three sympathetic later stories by Robert Maynicke, who followed the original plan to a degree that renders his additions invisible.

Tampering with the lower floors was largely reversed by a sensitive renovation in the late 1980s. The result is a work of real power and mass: stately and solid.

110 Fifth Avenue was designed for the socially prominent Goelet Family, whose other architectural commissions includes Richard Morris Hunt’s magnificent Ochre Hall, a chateauesque style mansion in Newport, RI, that now serves as the Main Building of Salve Regina College, and another McKim, Mead & White masterpiece, the Goelet Building at East 20th Street and Broadway, just a  few blocks away.