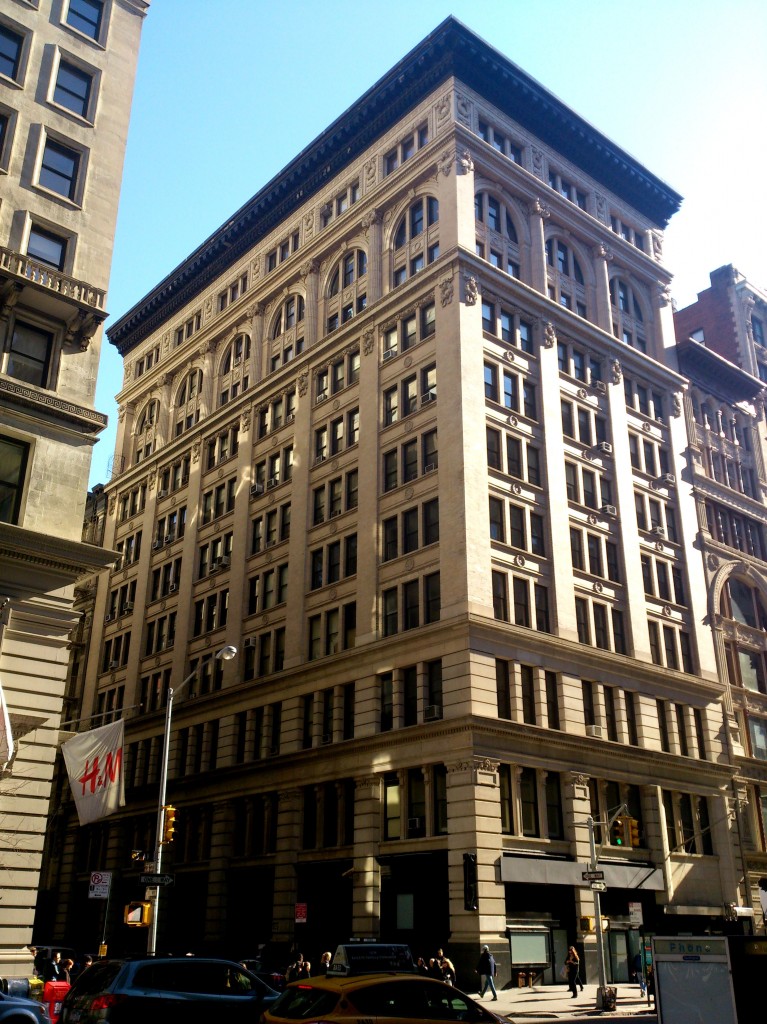 A handsomely detailed 11-story building with terracotta trim, the Folio Building at 105 Fifth Avenue is another work by the prolific Robert Maynicke, here working in a sober-sided but gracious Beaux Arts mode.

The aptly-named building is the original location of the Barnes & Noble chain of bookstores; the largest retail bookseller in the US, the bookstore moved to 105 Fifth Avenue in 1932. The store was one of the first in the US to feature Muzak, the much derided and at one time ubiquitous piped-in atmospheric music.

The flagship closed in 2014, although Barnes & Noble maintains a high profile in the area with its nearby Union Square bookstore, located in one of the city’s best Queen Anne commercial buildings, and its corporate offices, located to the north at 122 Fifth Avenue.