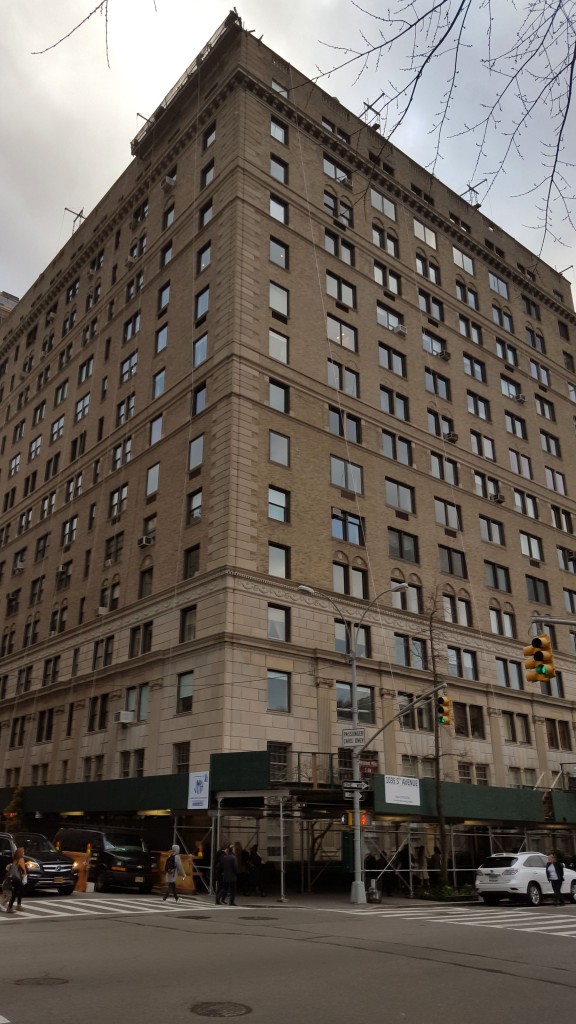 Yet another distinguished J.E.R. Carpenter design, 1035 Fifth Avenue was erected in 1926.

It rises from the site of a seven-story apartment house called, imaginatively enough, The Fifth Avenue Apartments, which was evidently considered something of an architectural intruder when completed in 1890.

If only its detractors had had a crystal ball…