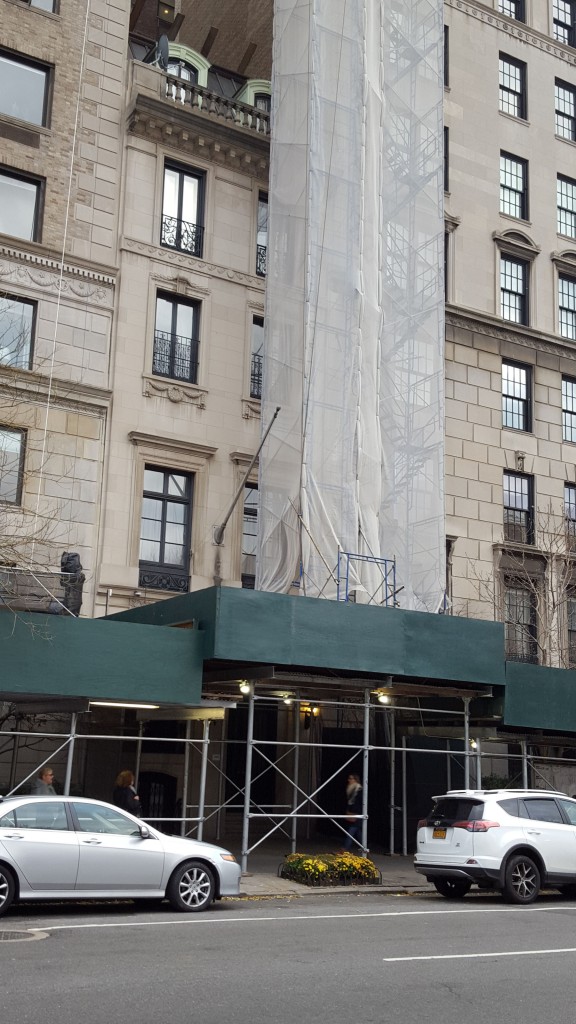 Originally one of four brownstone mansions erected by investor Harriet Trask in 1870, 1033 Fifth Avenue acquired its present façade in 1910 when new owners commissioned the firm of Hoppin & Koen to provide a more fashionable treatment.  As with 1014 Fifth Avenue two blocks south, the results are refined – if, visually, rather overwhelmed by the bulk of subsequent neighbors.

We’ll take another look when the scaffolding comes down.

In addition to major public buildings such as the Police Headquarters in SoHo, Hoppin & Koen were justly celebrated for their country houses, which included major additions at President Franklyn Delano Roosevelt’s Hyde Park Estate and the main house at Blithewood, the original property located on the campus at Bard College in Annandale-on-Hudson, both in the Hudson River Valley. But perhaps their most famous and influential commission was “The Mount”, home of author and architectural advocate Edith Wharton, who for all intents and purposes co-designed it with the firm.

All three houses are open to the public.