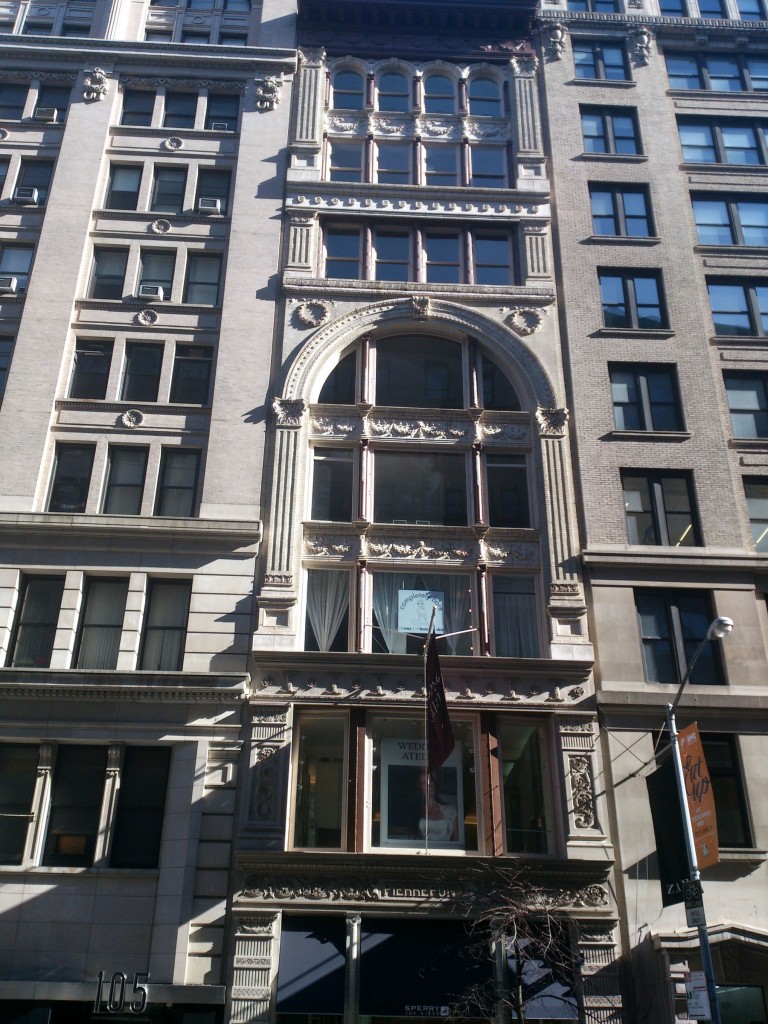 A highly refined and decorated design, the narrow Pierrepont Building at 103 Fifth Avenue is another design from the talented eclectic architect Louis Korn that demonstrates the influence of the 1893 Chicago Columbian Exposition and the growing popularization of the French Beaux Arts style. The mode is handled in a sophisticated fashion, with a great deal of the façade given over to glass – suggesting that the Pierrepont Building was built with showrooms as well as offices in mind.

The structure was named after Edward Pierrepont, a prominent lawyer of the Democratic Party whose name is commemorated on the façade on a terracotta frieze; the Pierrepont Building itself replaces Pierrepont’s elaborate brownstone house.

A personal advisor to President Lincoln during the Civil War, Edward Pierrepont was instrumental in the 1867 framing of the New York State Constitution. A supporter of widespread political reform and one of the so-called “Committee of Seventy” that helped shut down Boss Tweed’s notoriously corrupt Tammany Hall Ring, he was later the Attorney General of the United States.