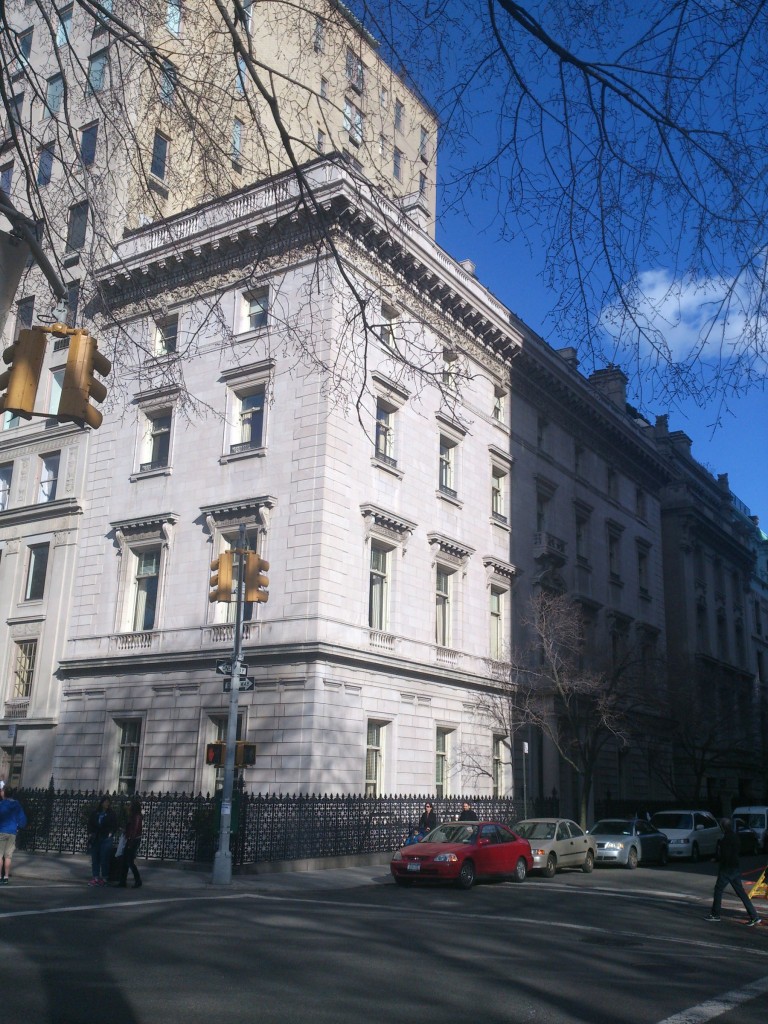 One of the most architecturally distinguished houses ever built on Fifth Avenue and one of relatively few such buildings in the city to remain intact inside and out, 1 East 75th Street was built for the philanthropist Edward Harkness and his wife, Mary. A restrained design by James Gamble Rogers, who would go on to produce numerous academic and institutional buildings for the family, including the famed Memorial Quadrangle and Harkness Tower at Yale University, the building exploits a narrow lot with a treatment that the Architectural Record called “free from excess and exaggeration.”  The wrought iron fence is a superb exterior feature and possibly the best such surviving element in Manhattan.

Some of the beautifully detailed interiors, a mix of Italian, French and English models, can be seen in the post on Landmark Branding’s tour of the house earlier this year.

Since 1950, 1 East 75th Street has been a home to the Harkness-founded Commonwealth Fund, a major educational organization.  It stands as a monument to dedicated philanthropy and cultivated taste.