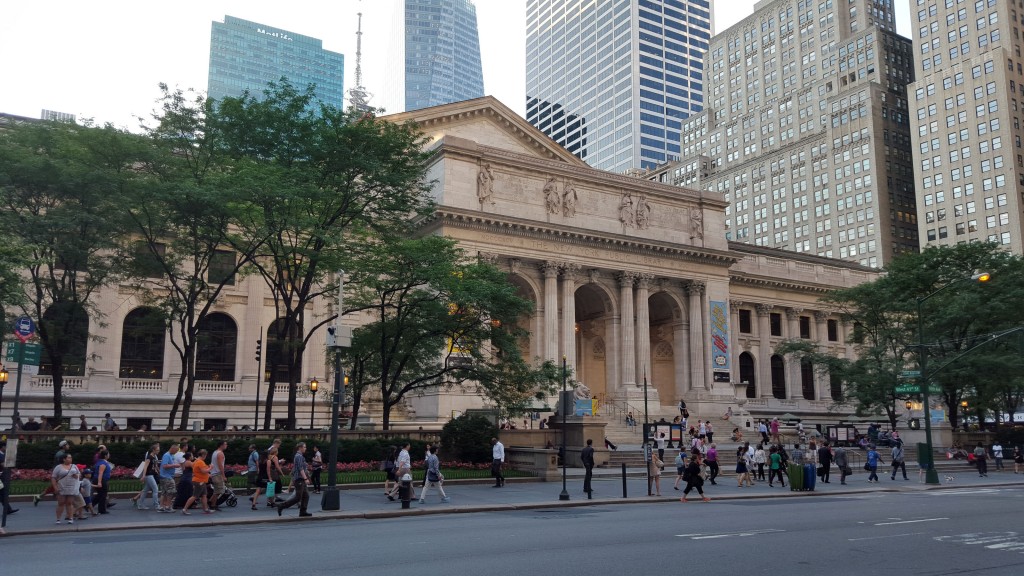 A major work of the American Beaux Arts and the largest marble building in the US at the time of its completion, the Main Branch of the New York Public Library was built in 1898 through 1911 to designs by Carrere & Hastings, with the sculptor Frederick MacMonnies overseeing the sculptural program.  The imposing façade, terraces, staircase and fountains are matched by the almost surreal magnificence of the interiors, which include the recently restored Rose Main Reading Room, one of the largest and most comfortably appointed public spaces in the city.

The building replaced the Croton Distributing Reservoir, a four-acre fortress-like structure that was the principal water source for New York City from 1842 through the post Civil War period. Encircled with public walkways along the tops of its vast walls, the reservoir was a popular place to stroll and could be considered the High Line Park of its time.

Recent controversy has arisen regarding plans to reconfigure the library’s famous stacks system, itself a masterpiece of early 20th Century engineering; the current status leaves the stacks intact and plans for the renovation (previously under the leadership of the British architect Norman Foster) unclear.

The stacks make an amusing appearance in the opening sequence of the popular film “Ghostbusters” (1984) where a phantom menaces an unsuspecting librarian who is re-shelving books.