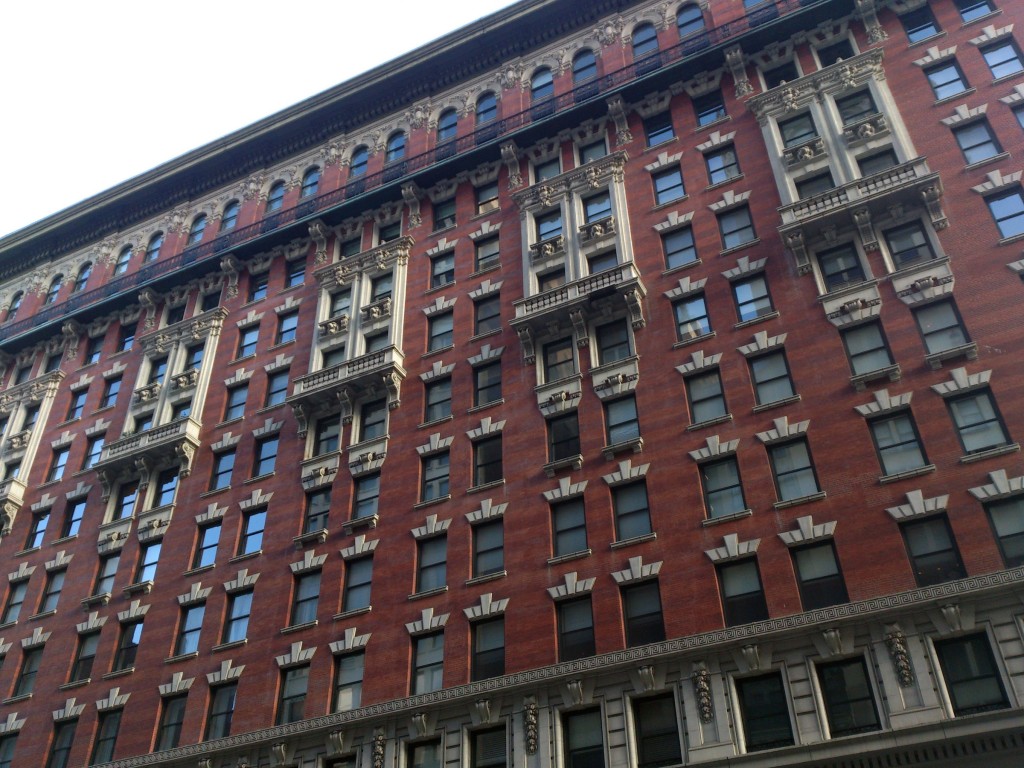 A block-spanning behemoth, 213-231 Fifth Avenue (also known as 225 Fifth Avenue) began its existence as the Brunswick Building in 1906.  The original plan had been to replace the storied Brunswick Hotel, which stood on the site, with a more up-to-date hostelry, but fashionable New York had already moved uptown by the early 20th Century and a loft and office building was built instead.

Architects Harry E. Donnell and Francis H. Kimball collaborated on the design, which includes lavish Beaux Arts detailing and a splendid 11th Floor balcony that wraps around all three sides of the structure; despite their vigorous efforts, 213-231 Fifth Avenue was criticized by the press of its day as an unwelcome continuation of the commercial development of the Ladies’ Mile south of Madison Square Park.

Donnell and Kimball collaborated on numerous other structures; Kimball was the architect of the beautiful Corbin Building, an early skyscraper recently restored as part of the Fulton Street Transit Center, and of the Montauk Club, a glittering Venetian palace in Park Slope, Brooklyn, where your humble correspondent maintains a membership (and recommends the burger).