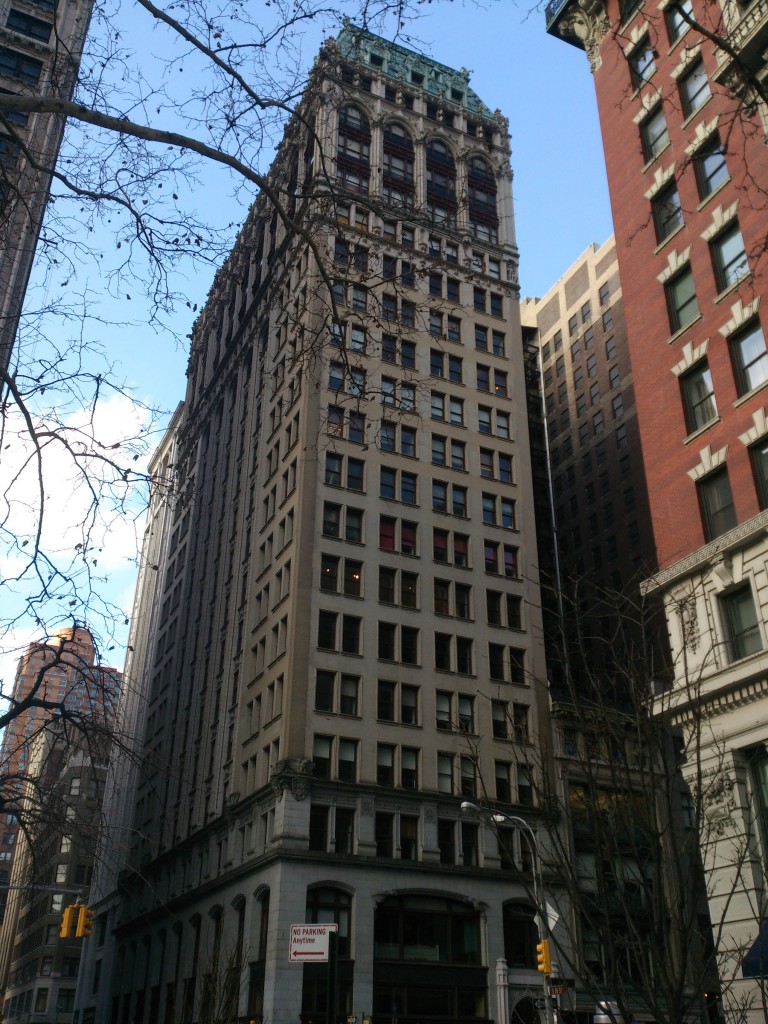 A highly accomplished work in the Skyscraper Gothic style forged by architects such as Henry Ives Cobb and Cass Gilbert, 218-220 Fifth Avenue was constructed in 1910-1912 as the Croisic Building by architect Frederick C. Browne.  The name of the building may be intended as a reference to the commune in the Loire-Atlantique region of Western France, a region noted for the palatial châteaux that the building’s ornament suggests.

An arresting presence when seen from Madison Square Park, 218-202 Fifth Avenue is something of an overlooked gem in the district; New York: The Wonder City called it “One of the most exquisite buildings architecturally in all New York”.