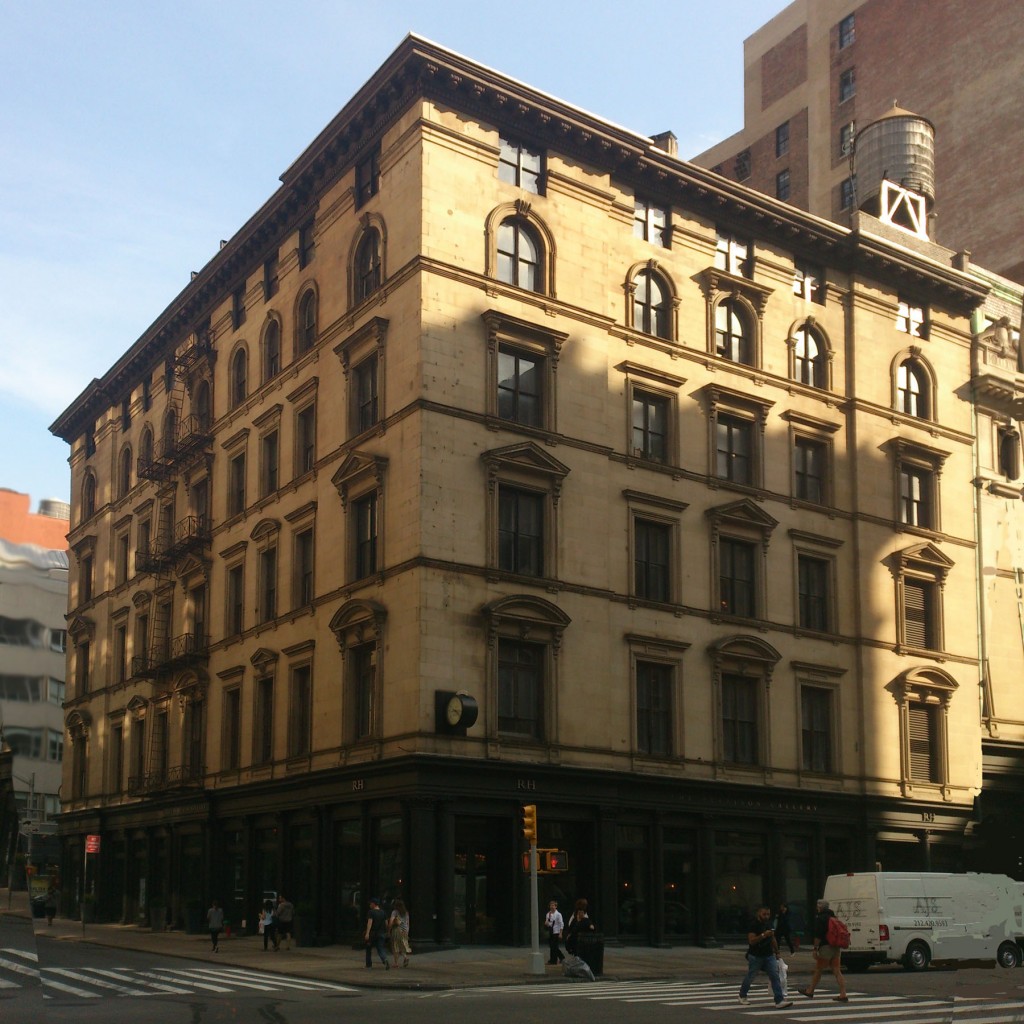 A survivor from the first wave of commercial development up this part of the avenue, 159-161 Fifth Avenue (also 935-939 Broadway) is attributed to Thomas Griffith, called in 1908 by the American Institute of Architects “one of the most fashionable architects of his day”.

A rare surviving commercial work from the Civil War period, 159-161 Fifth Avenue was completed in 1862 and is an excellent representative of the Italianate brownstone mode, best known in New York as a residential style as exemplified by the Salmagundi Club to the south at 47 Fifth Avenue.

In 1919, architects Rouse & Goldstone added a sixth story by removing the roof and enlarging the attic: fortunately the addition was done with a degree of sensitivity that renders it largely invisible.