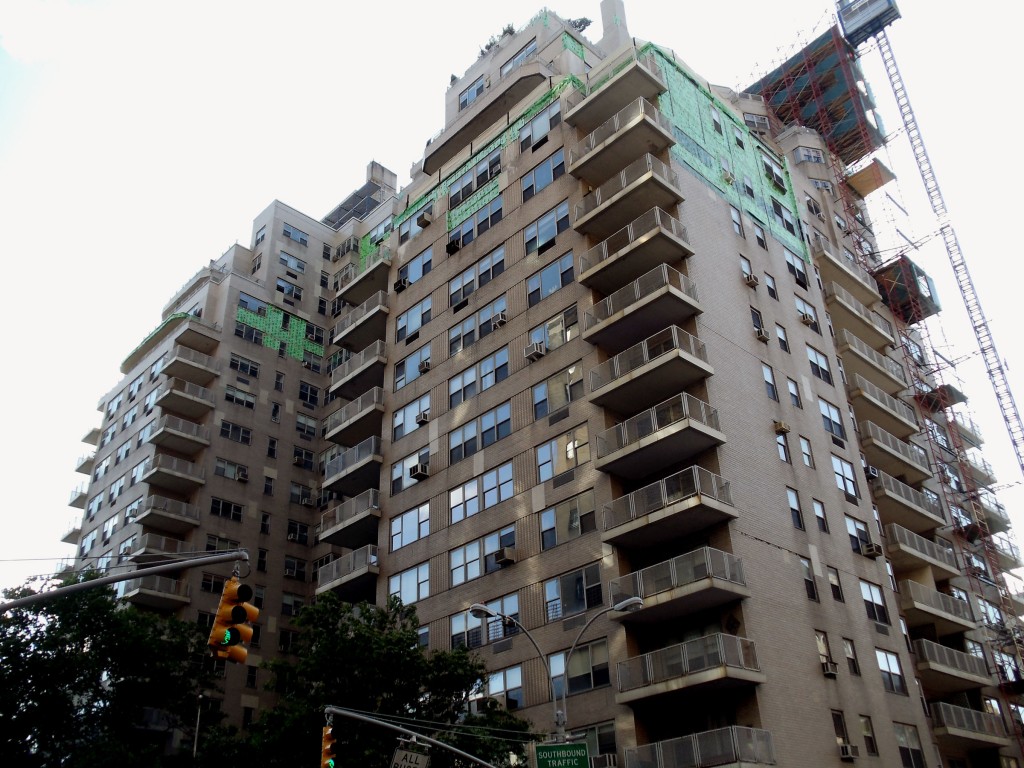 Located directly across the street from Corbett’s masterpiece at One Fifth, Two Fifth Avenue seems at first glance like a standard entry in the white-brick/white-glove apartment buildings constructed throughout the city in the 1950s and 60s.  Yet this 1952 structure represents a significant triumph for Greenwich Village preservationists, who protested the original design for Two Fifth Avenue as completely out of keeping with the district’s historic fabric.  The plans were scaled back considerably by the architectural firm of Emery Roth & Sons in a tactic that architect Robert A.M. Stern has called: “quite successful from the point of view of neighborhood planning.” Faint praise to be sure, but praise nonetheless.

The most interesting feature is the five-story podium that fronts Washington Square: constructed to suggest the scale and detailing of the block of townhouses it replaced, this is one of the earliest attempts at contextual development in New York City and does a great deal to preserve the domestic atmosphere of the streetscape.