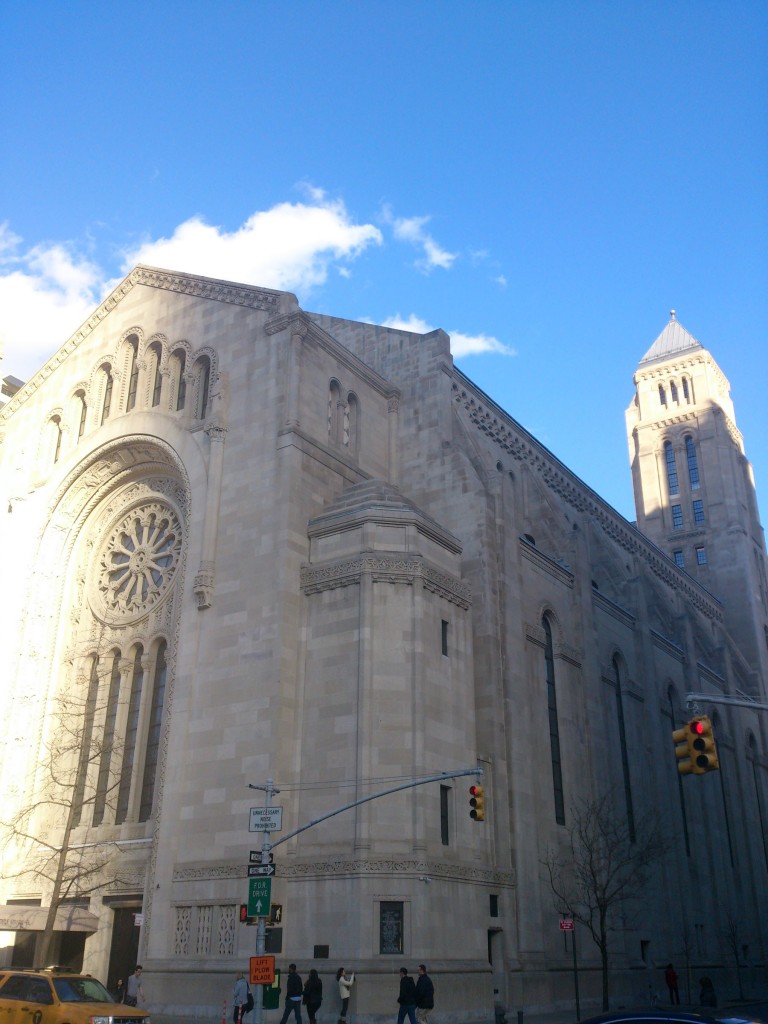 The largest synagogue in New York City and one of the largest in the world, Temple Emanu-El is an imposing combination of Romanesque and Art Moderne motifs.  The third building to serve a congregation founded in 1844, Temple Emanu-El was designed in 1929 by Robert D. Kohn, a noted Art Nouveau architect whose other works include the Society for Ethical Culture on Central Park West.  A major center of Jewish culture, social reform and music, the building’s serene interior seats more people than St. Patrick’s Cathedral (although it stands on a smaller plot of land).

Temple Emanu-El replaced the residence of Mrs. William Astor, the powerful socialite whose ballroom once hosted “The 400”.