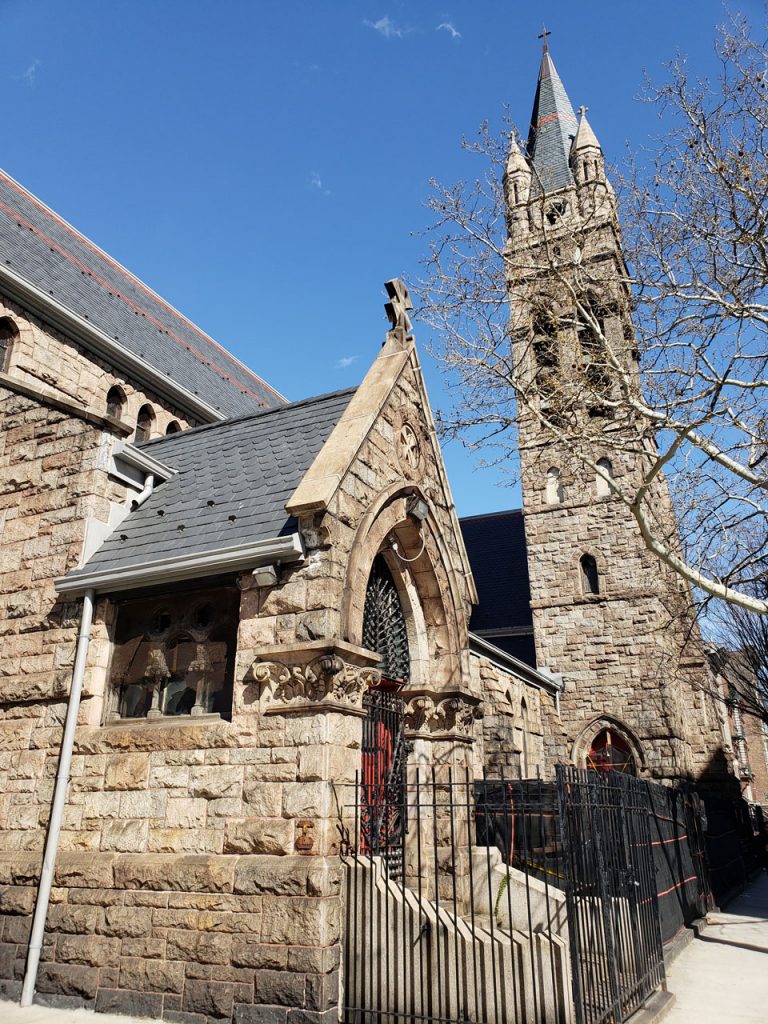 Congden was a noted church architect whose designs for the Episcopal Church were built from Westerly, RI, to Cheyenne, WY.  At St. Andrew’s, Congden pushed the tower back from the corner site, allowing for a surprisingly intimate entryway for such an otherwise monumental building.