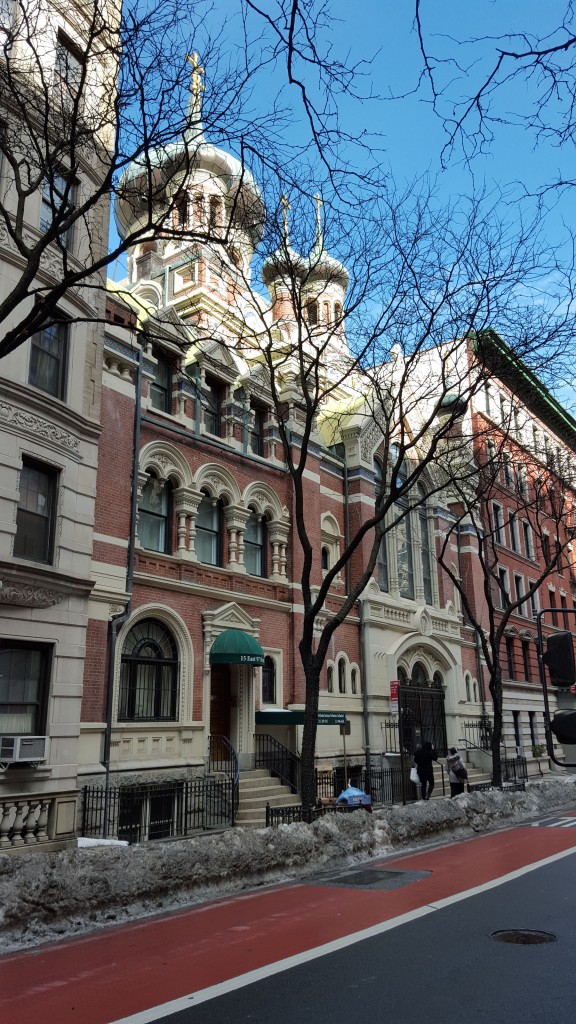 One of the most flamboyant ecclesiastic structures in Manhattan, the small but elaborately massed Cathedral of St. Nicholas at 15 East 97th Street brings an unexpected echo of the Arbat to the Upper East Side.  Criticized when built as “ugly and freakish” by the architectural critic Montgomery Schuyler, it is at least as striking as it is quant, following the traditional Moscow model for churches.

Designed by John Bergesen and completed in 1902, the church was funded in part by none other than Czar Nicholas II and has served as the head of the Russian Orthodox faith in the United States since 1903, the building has a fascinating history as first a Russian and then a Soviet presence in New York, explored by historian Christopher Gray in this New York Times article.

Not much is known about Bergesen: he claimed to be of Russian descent but may have been Scandinavian.  Among his other works is the equally surprising Holy Resurrection Orthodox Church, which brings a traditional onion-domed church of the steppe to, of all places, Berlin, New Hampshire.

The Cathedral of St. Nicholas was landmarked in 1973.