Just Off Fifth: The Barbey Building at 15 West 38th Street 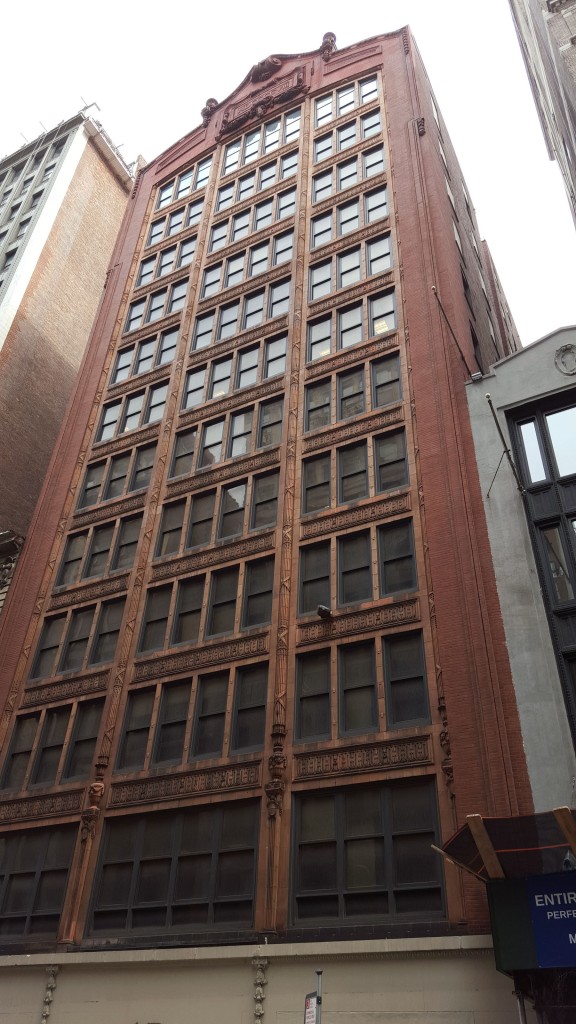 An astonishing tour-de-force of red terra cotta, the Barbey Building at 15 West 38th Street was built in 1909 to designs by Delano & Aldrich, a firm better known for subdued Colonial Revival work.  Here they produced a startling early skyscraper design that terminates with a vast Baroque cartouche.

Despite the austere clarity of much of their later work, Delano & Aldrich were fond of such whimsical gestures, both architectural and otherwise: a brochure on their domestic architecture notes that a garbage incinerator, then the very latest in such technology, was unnecessary for a household “where there is a pig.”

The ground floor has been stripped of all detail but the rest of the building remains intact; it is particularly eye-catching as one walks north on Fifth.