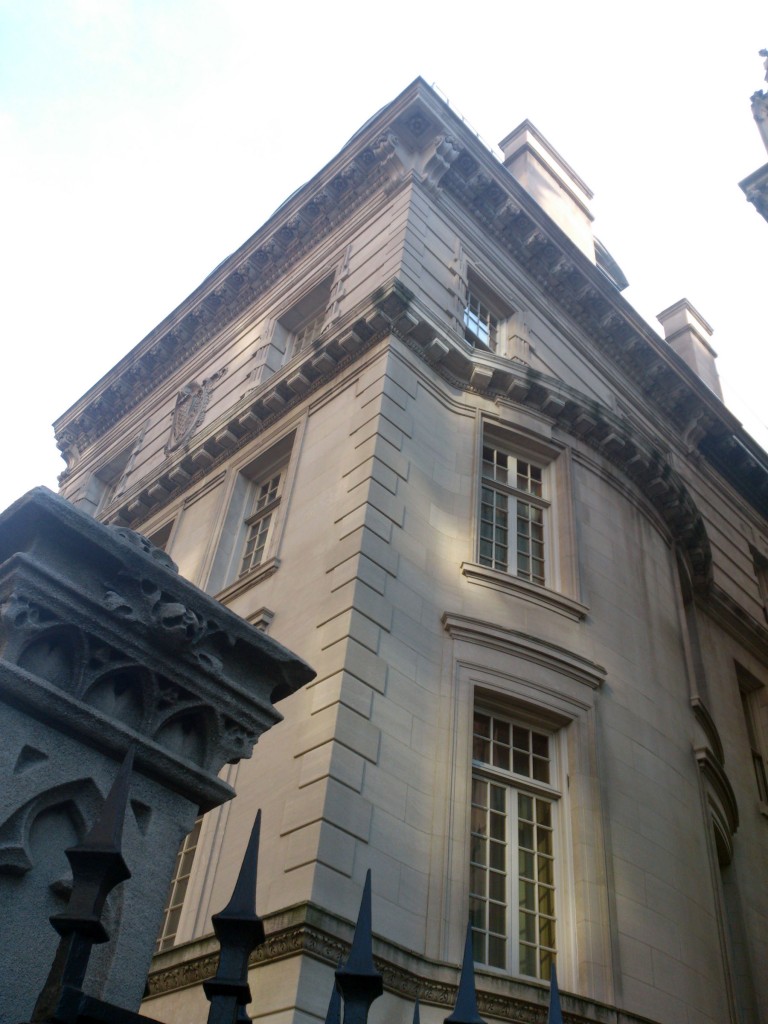 Perhaps the most opulent house on the Cook Block not actually fronting Fifth Avenue, 4 East 79th Street was originally designed by C.P.H. Gilbert in a Beaux Arts style for James E. Nichols that contrasted with the Chateauesque Fletcher-Sinclair Mansion next door.  After its purchase in 1916 by the Harriman Family, architect Herbert Lucas was hired to tone down the façade somewhat.  The result is a peon to hammered stonework, crowned with one of the city’s most dramatic mansard roofs – sheltering a rooftop conservatory.