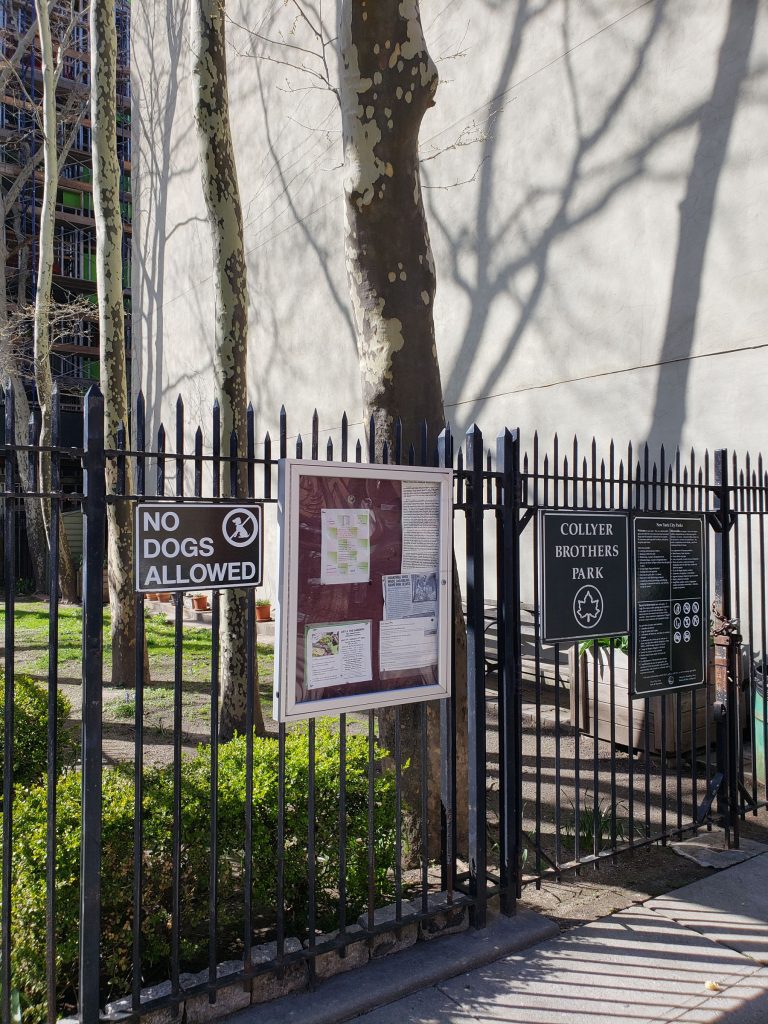 Collyer Brothers Park occupies the former site of the Collyer House, occupied by the eccentric and reclusive Collyer Brothers, Homer and Langley, who made headlines in 1947 when an anonymous phone call reported a dead body at the site.  Police found the bed-ridden Homer dead of starvation and – three weeks later – Langley’s body as well.  Mountains of garbage filled the building from cellar to attic and Langley was found under one of them, having evidently been crushed to death in a home-made booby trap.

Five pianos, a Model-T Ford and 20 years’ worth of newspapers were among the 130 tons of clutter that Langley had collected over the years; the house itself was on the verge of collapse and was demolished once it was emptied.

The pleasant pocket park that replaced the mansion was opened in the 1960s.