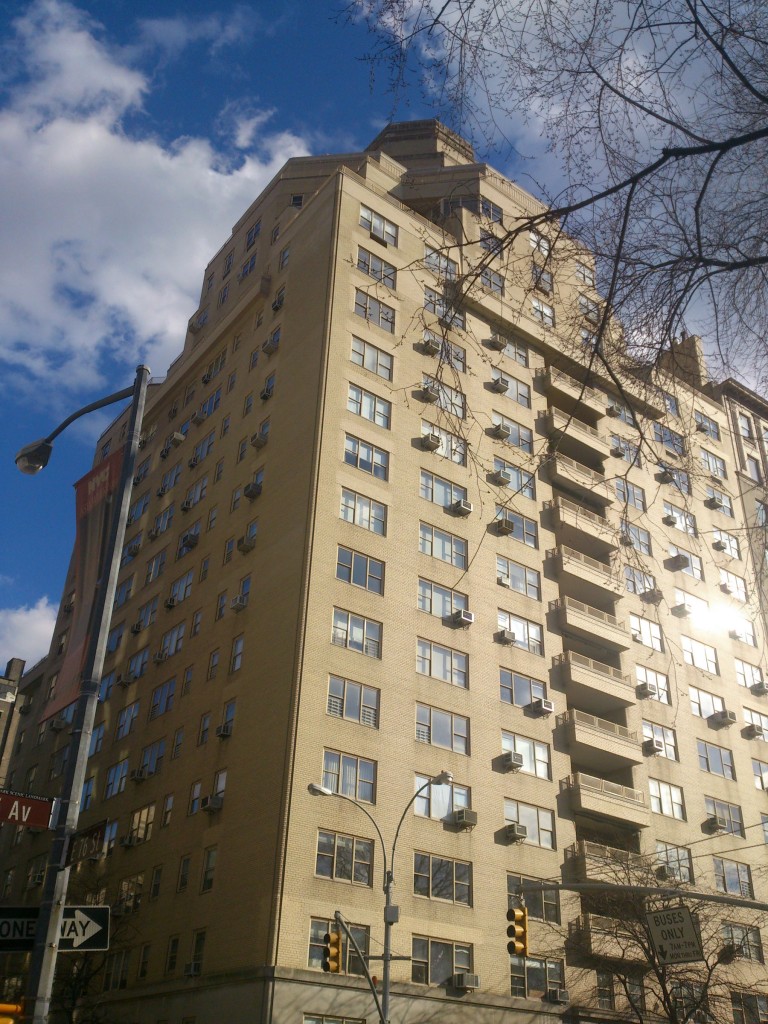 A mid-century transitional building of 1949 by Emery Roth & Sons, 945 Fifth Avenue is a boldly massed composition in beige brick topped by a vast octagonal service tower, one of the most dramatic in New York.  The rather severe detailing includes multiple oculi around the tower, giving it a somewhat military appearance, as of a battleship turret.

The building stands on the site of the 1891 Temple Beth-El, which merged with another congregation to form the present Temple Emanu-el.