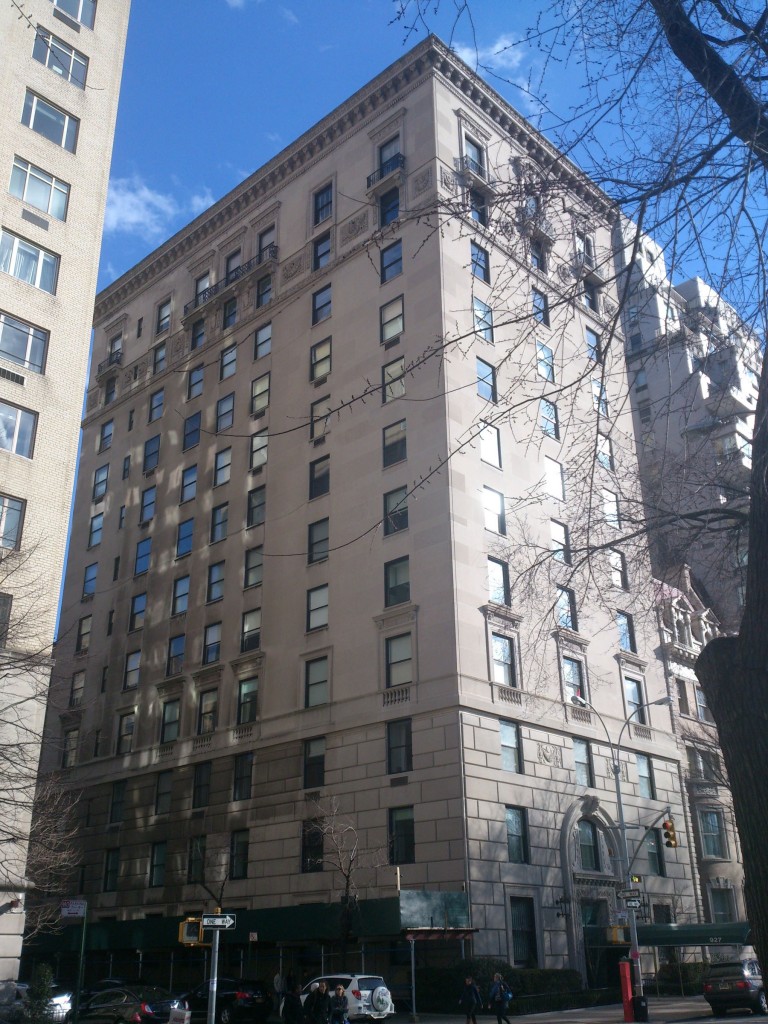 Dolphins and storks are among the carved limestone elements and the building’s bestiary was long augmented by the presence of Pale Male and his mate, a pair of red-tailed hawks who raised as many as two dozen chicks from their own aerie.  Citing damage to the building’s canopy from droppings, the board at 927 Fifth Avenue removed the birds’ nest in 2004.

Except for firing a storm of negative publicity and protests from bird-lovers, this action proved ineffective; Pale Male returned with his lady wife and rebuilt their home in 2005.