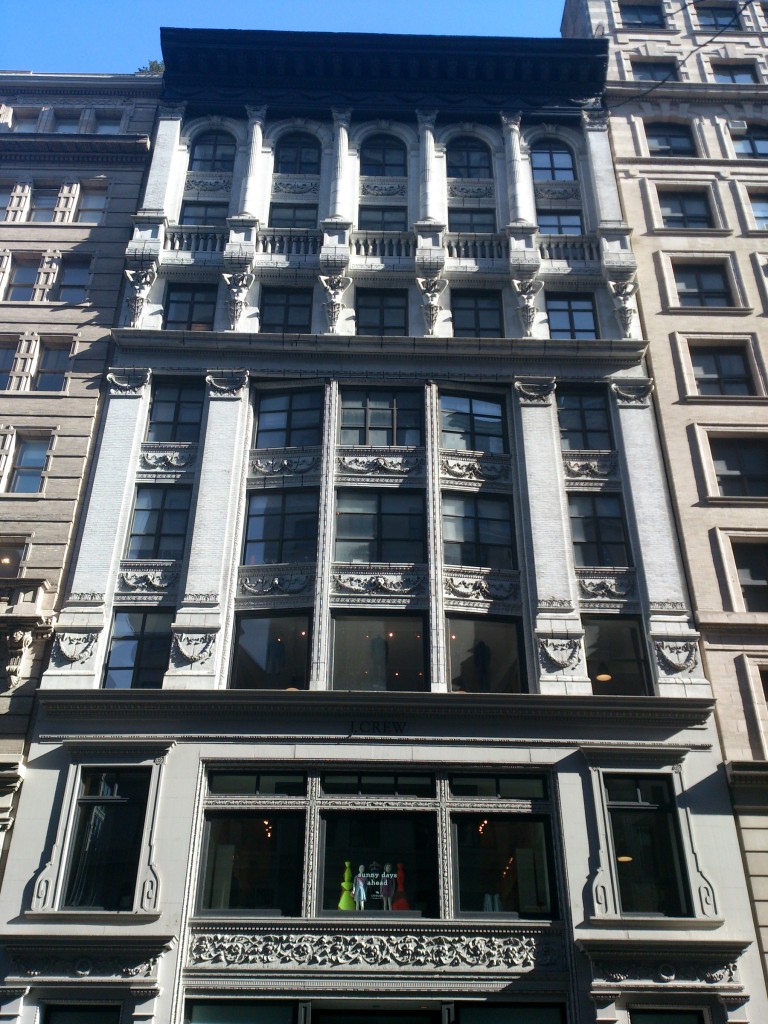 Designed by the highly eclectic architect Louis Korn, whose 12 Fifth Avenue shows his ability to juggle details and scale, 91-93 Fifth Avenue is one of the most elaborately detailed buildings on this stretch of Fifth, from the three-story bay window to the caryatids – female sculptural figures that support a cornice, portico or other architectural elements. The latter features are an uncommon detail in any case and lend this structure an air both archeologically sophisticated and just a shade bohemian.

The Oxford University Press and Clarendon Press were among the building’s distinguished tenants.

91-93 Fifth Avenue was built in 1894, making it one of the earlier skyscrapers in the district.