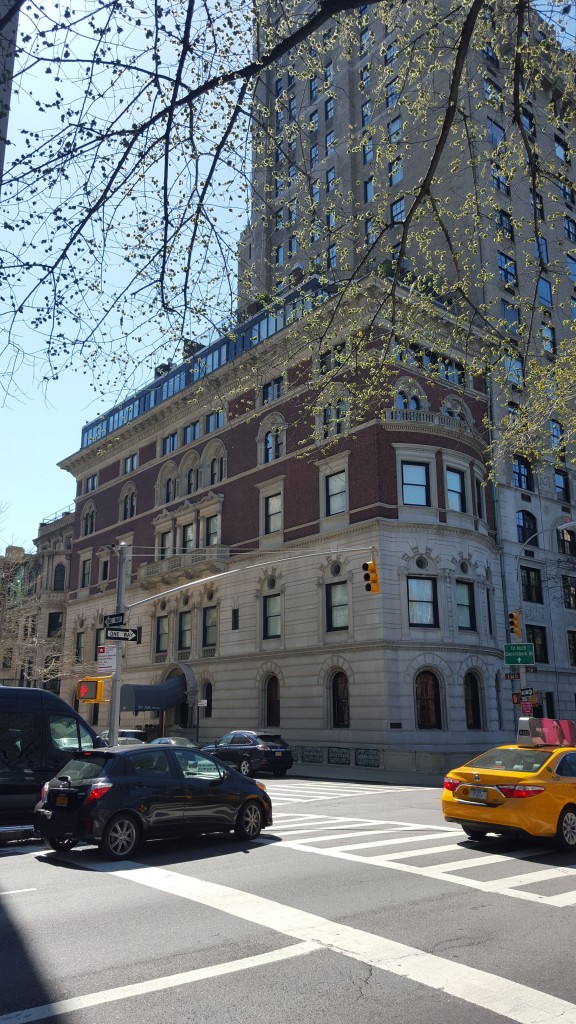 With the demolition of 815 Fifth Avenue, the Edward Berwind Mansion is the southernmost of the surviving townhouses that once lined Central Park from 59th street north to Harlem.  Constructed for a Pennsylvania coal baron in 1896 to plans by the little-known architect Nathan Clark Mellen, the house is in an excellent state of preservation inside and out.

The exterior, an incongruous but adroit mish-mash of Florentine, English Renaissance and Art Nouveau details, is matched by the extraordinary interiors by the French firm of Jules Allard & Son; these were carefully preserved when the house was reconfigured for apartment use in 1978, at which time it also acquired the unusual but not visually overpowering glass penthouse.

The latter feature and the apartment-house style awning are the only two major changes to the building, which has been praised by architectural historian Carter B. Horsley – appropriately enough – for its “great individuality”.