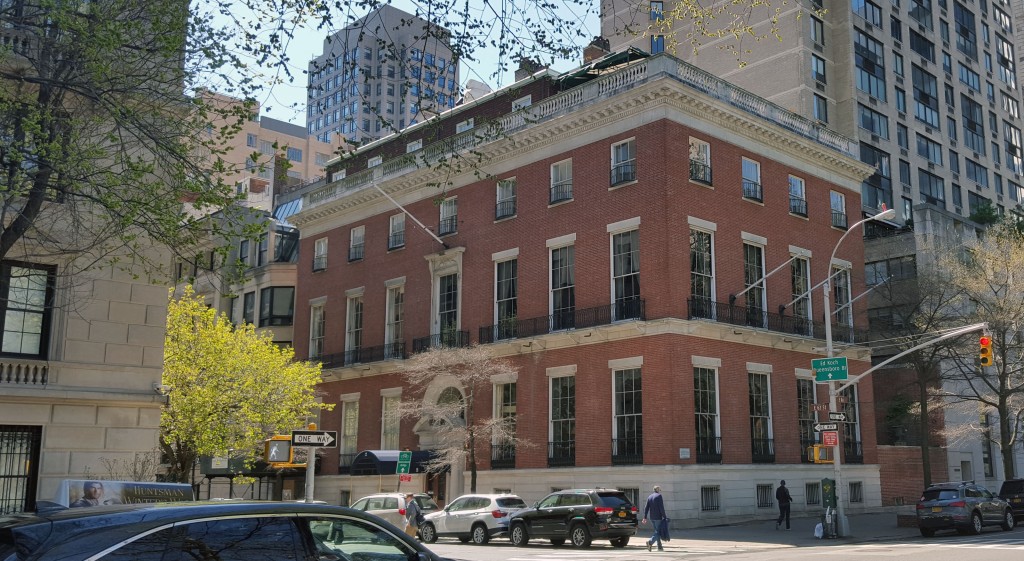 A block north of the Metropolitan Club, the Knickerbocker Club is worlds away in terms of design, aesthetics and reputation.  One of the city’s most exclusive clubs, the Knickerbocker is housed in an austere yet roomy Delano & Aldrich Colonial Revival design of 1913. Simple, gracious interiors are visible through tall Federal-style windows.  A small walled garden borders the Fifth Avenue frontage.

A more understated building is hard to imagine.

The Knickerbocker Club is a New York City landmark.