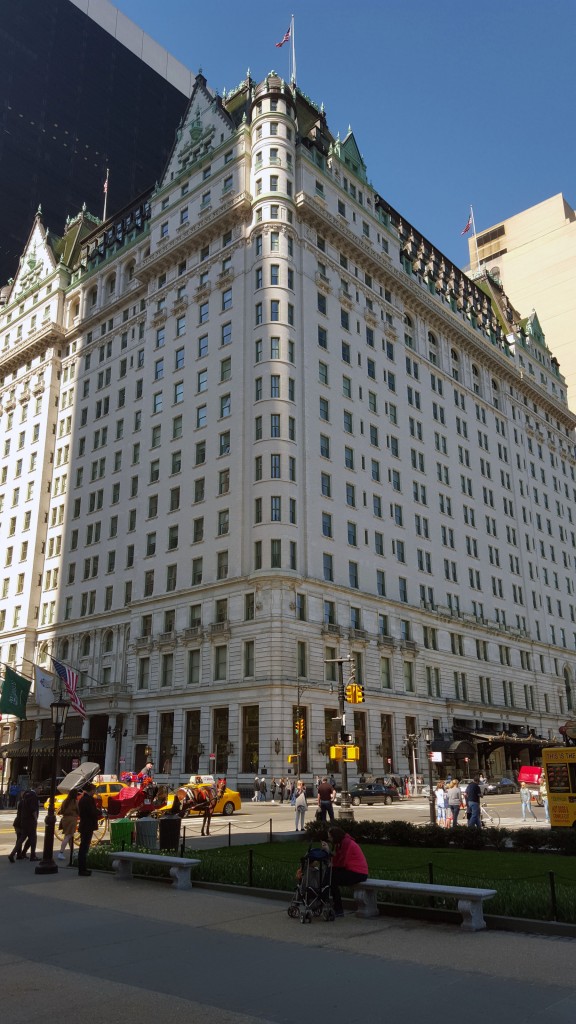 Perhaps the most famous of all New York’s hotels, The Plaza Hotel is the masterwork of architect Henry J. Hardenburgh, whose other well-known designs include what is certainly the city’s best-known apartment building, Central Park West’s majestic Dakota.  Erected in 1900-1902 some fifteen years after the Dakota, The Plaza’s design swaps out the older building’s bristling Germanic-Gothic effects for suave French Renaissance detailing, yet retains both the memorable verticality and highly picturesque roofline.  Recent restoration of the exterior details (by Howard L. Zimmerman, Architects) have brought the structure back to its gleaming chic; the interiors are among New York’s most elaborate, even if some have seen partitioning with the conversion of upper floors to apartments.

From Jay Gatsby to Eloise, Cary Grant in North by Northwest to the Neil Simon play Plaza Suite, the building has been a source of literary and cinematic inspiration since it opened.

The building is a registered New York City Landmark and contains two interior landmarks – the Palm Court and the Oak Bar.

The Plaza Hotel has a Fifth Avenue address, although it does not actually border the avenue itself – the only building in New York City where this is true.