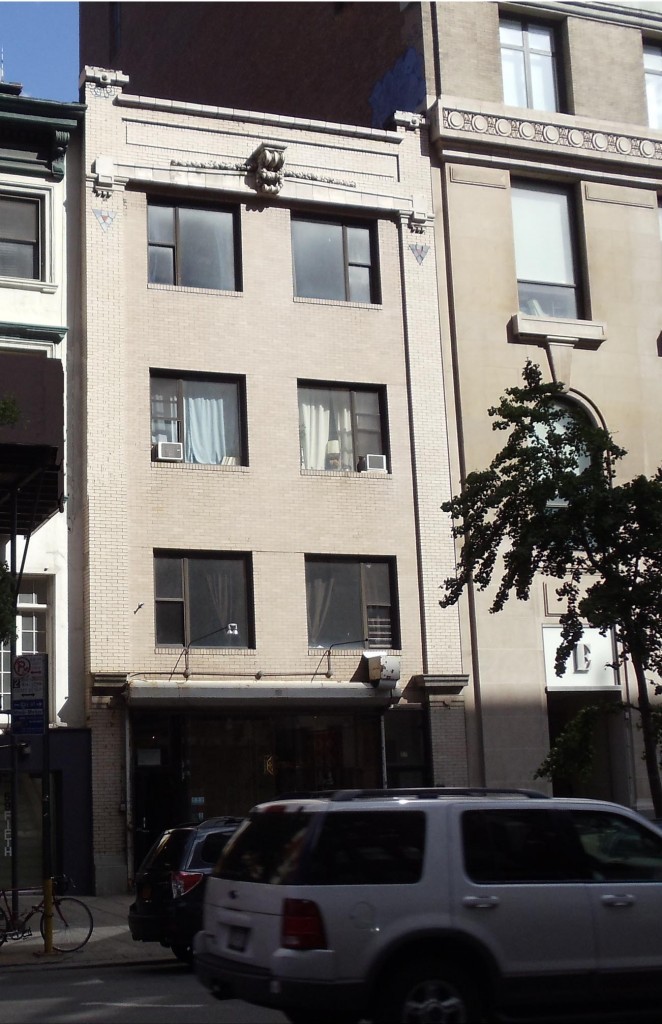 With its simple geometric and abstract ornament, large windows and clear expression of modern construction, 57 Fifth Avenue is a subtle but sophisticated little commercial building, suggesting an understated mix of the Chicago School of architecture and the Viennese Secessionist Movement.

Constructed in 1910, 57 Fifth was briefly the headquarters of Frank Harris’ Pearson’s Magazine.  Harris, a controversial publisher and journalist, hosted a famous series of bi-weekly lectures in the early 1920s; admission was a dollar and topics included poetry, politics and literature.

The building stands on the site of the house of New York City Mayor George Opdyke, in office 1862-1863.  Opdyke, a Republican and prominent abolitionist, was a relatively unpopular mayor and his house was targeted and nearly destroyed by an angry mob during the July anti-draft riots that swept the city during the height of the Civil War.