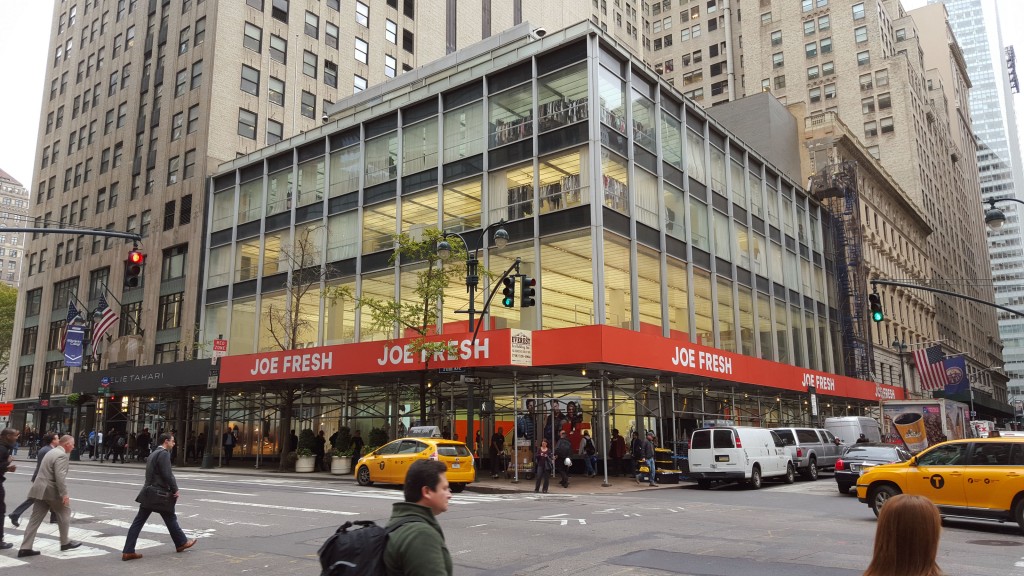 A revolutionary banking structure of 1954 that put the vault front and center on the street level, the Manufacturers Hanover Trust Building at 510 Fifth Avenue is a masterpiece of proportion from the firm of Skidmore, Owings and Merrill and provided the basis for countless (usually inferior) knockoffs nationwide.

Recent conversion to commercial space has involved protest from the preservation community, and although the ethereal copper screens by Chicago artist Harry Bertoia were retained, the original details of much of the building and, more importantly, its unique relationship to pedestrian traffic have been obscured by window displays.

The photograph above unfortunately shows the building partially obscured by hoardings, as many Midtown structures currently are.