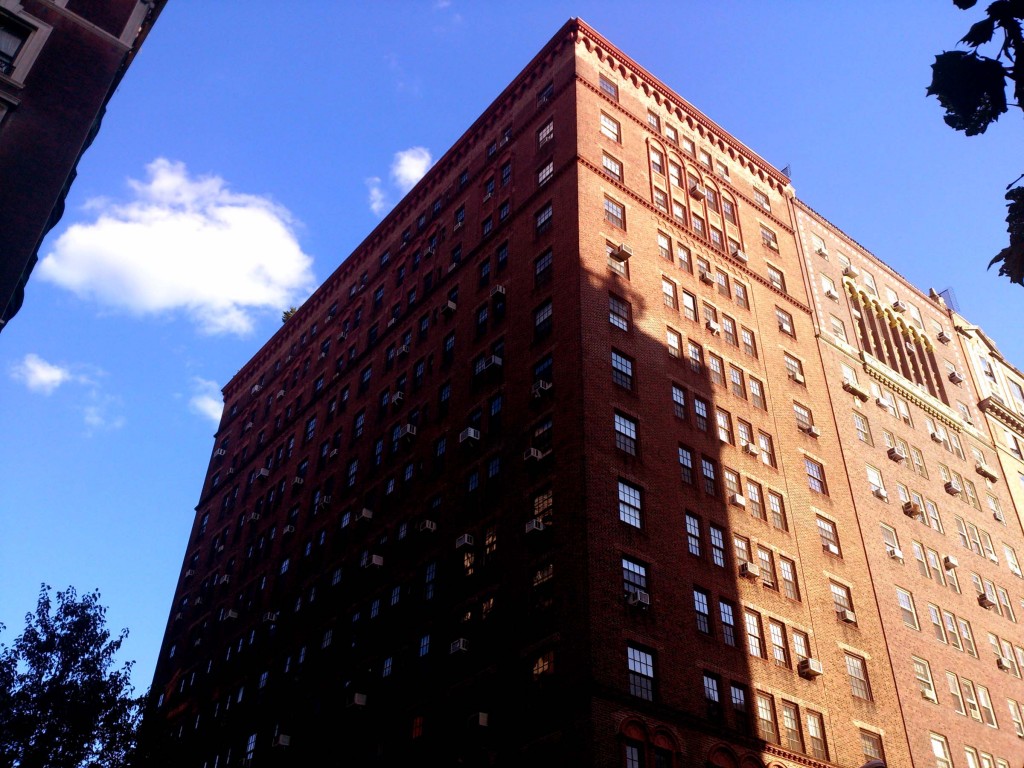 Designed by the famed Rosario Candela, 41 Fifth Avenue is finished in dark wine-red brick augmented with terra cotta detailing in a modified Florentine style.  The brick takes on an unusual and attractive purplish cast in late afternoon sunlight.

Candela, along with Emery Roth and J.E.R. Carpentier, was one of the signature architects of the 1920s apartment boom and is perhaps the most talented of the three in terms of creating floor plans.  Interestingly, as Roth did with his neighboring buildings, Candela used a more conservative form overall at 41 Fifth.  Elsewhere in the city he made full use of setbacks whenever possible, doing much to create the mystique and desirability of the classic penthouse.

Candela’s buildings in Manhattan are among the city’s best residential buildings but possibly his most dramatic design is in Brooklyn, the amazing flatiron apartment house at 47 Plaza Street West, adjacent to Grand Army Plaza.  The facade facing the Plaza follows the curve of the street: when viewed from certain angles, the structure appears to taper to a width of only a few feet at the apex.