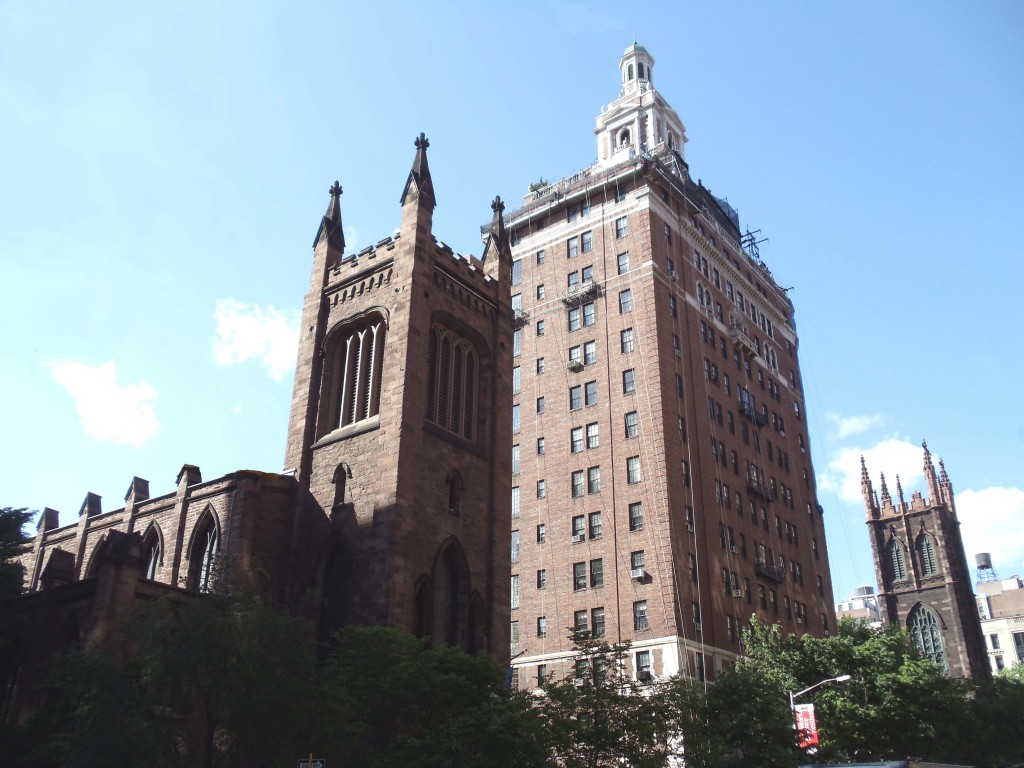 Standing directly adjacent to the north of the Church of the Ascension’s yard, 40 Fifth Avenue’s site is a rare example in New York City of a building plot that does not fill its blockfront but which is still open on all three sides.  Architects Van Wart & Wein took full advantage of the fact, creating a freestanding design rivaled on Lower Fifth only by One Fifth Avenue.

Neo-Georgian details include brick quoins, delicate iron balconies and a triumphant crowning tower that suggests a New England church belfry and which echoes the spires of both the Church of the Ascension to the south and of First Presbyterian to the north.  A classical interlude between two Gothic landmarks, this is one of the best apartment houses on Fifth Avenue – eye-catching, yet completely in balance with its neighbors.

Van Wart & Wein are not a well-known architectural firm, but in addition to 40 Fifth they did provide the Avenue with one of its most impressive landmarks.  More about which later…