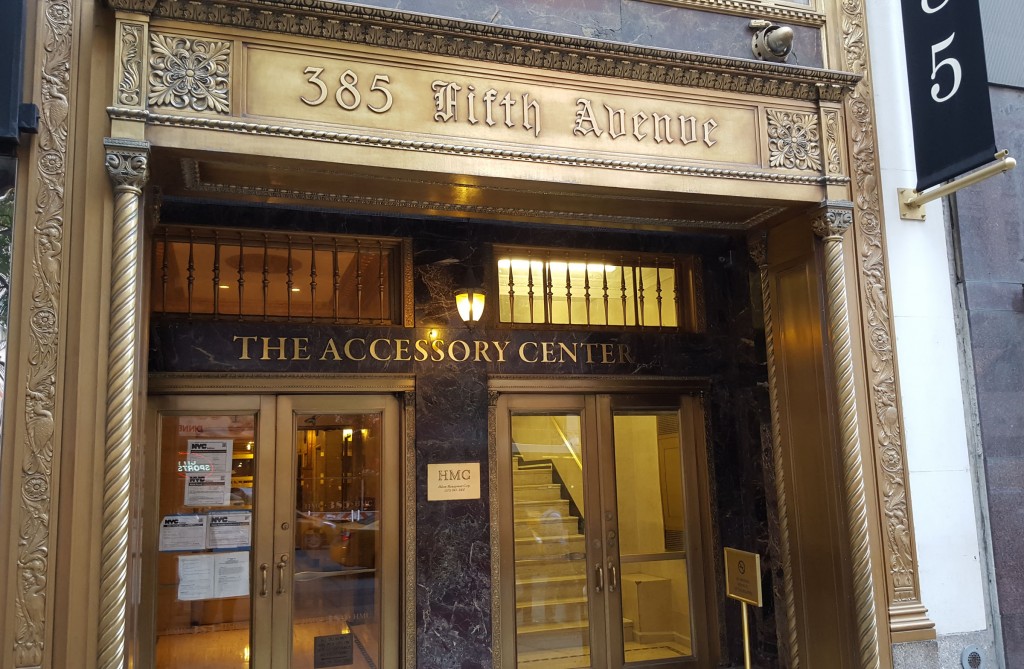 385 Fifth Avenue, also known as The Accessory Center (undoubtedly to differentiate it from The Accessories Exchange a block south at 366 Fifth Avenue) was completed in 1929 by Farrar & Watmough. The firm’s best-known work may be the massive London Terrace complex on 23rd Street between Ninth and Tenth Avenues, the largest such apartment project in the world at the time of its completion. Employing a similar vocabulary of Art Deco and Tuscan motifs at 385 Fifth Avenue, the architects produced a characteristically suave design.

Rather surprisingly for this stretch of Fifth, the ornate ground floor details are intact.