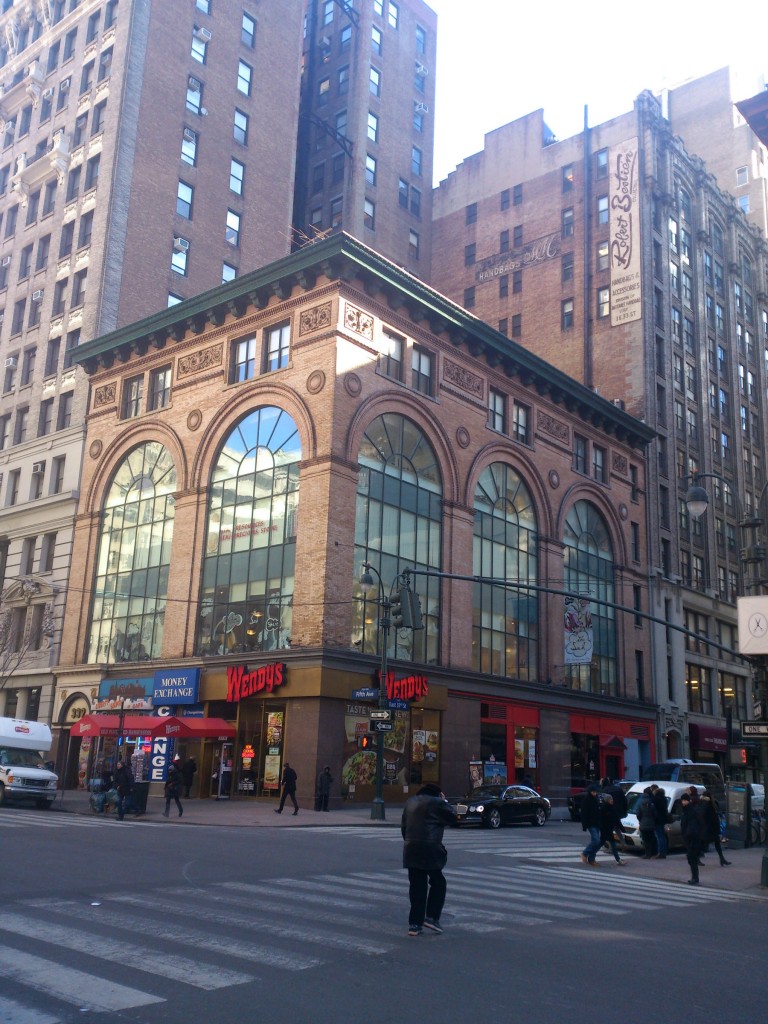 A wonderfully sophisticated commercial building, 335-339 Fifth Avenue was designed by the firm of Renwick, Aspinwall & Russell, successors to the firm of James Renwick Jr., designer of St. Patrick’s Cathedral.  Commissioned by the carriage (and later automobile) design firm of A.T. Demarest, the 1889 building boasted the first electrically powered elevator in the world and eye-catching three-story arched bay windows bedecked with terra cotta in a mix of Richardsonian Romanesque and American Renaissance styles.

Converted by the 1920s to offices and shops for various fashion designers, the building has been stripped of its original window bays but retains its forceful presence on the street.