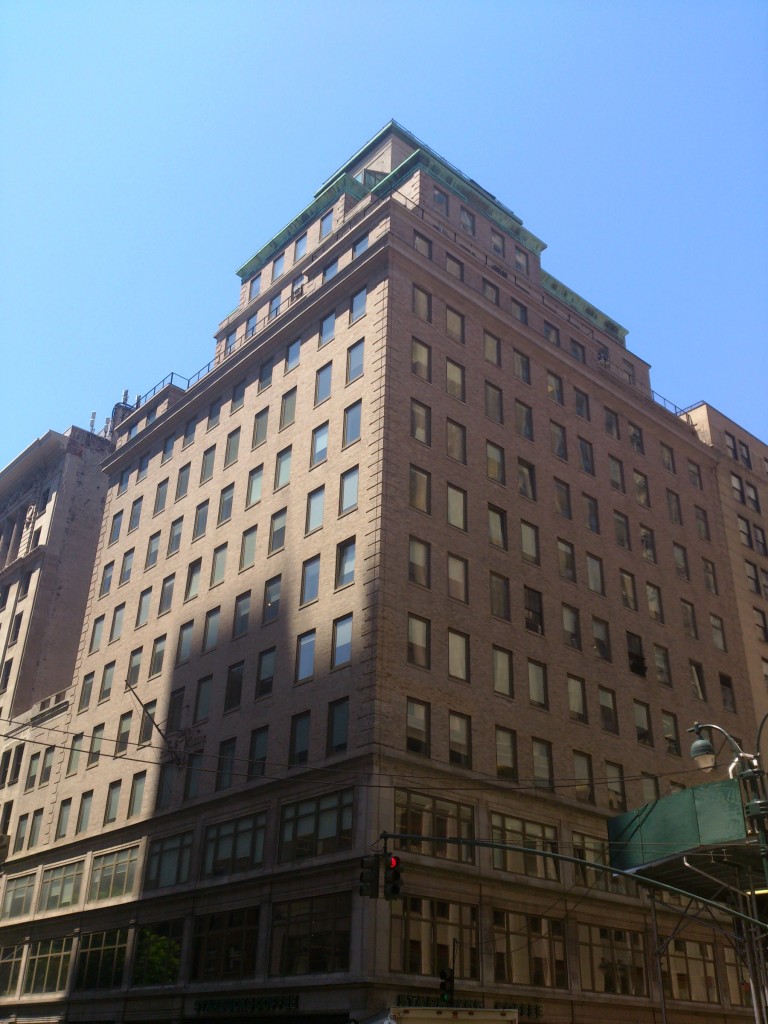 A typically restrained work by an architect famed for his country houses, 330 Fifth Avenue, The Astor Building, was built in 1926 to plans by Charles Adams Platt for the Astor Family.  New windows have somewhat obscured the prim elegance of the original Colonial Revival design.

In addition to his work as an architect, Platt was a preeminent landscape designer and painter and a major figure of The American Renaissance movement. His other New York works include the beautiful Studio Building at 131 East 66th Street; perhaps his best-known commission is the original building for the Freer Art Gallery in Washington, DC.