1421 Fifth Avenue, The Church of the Lord Jesus Christ of The Apostolic Faith 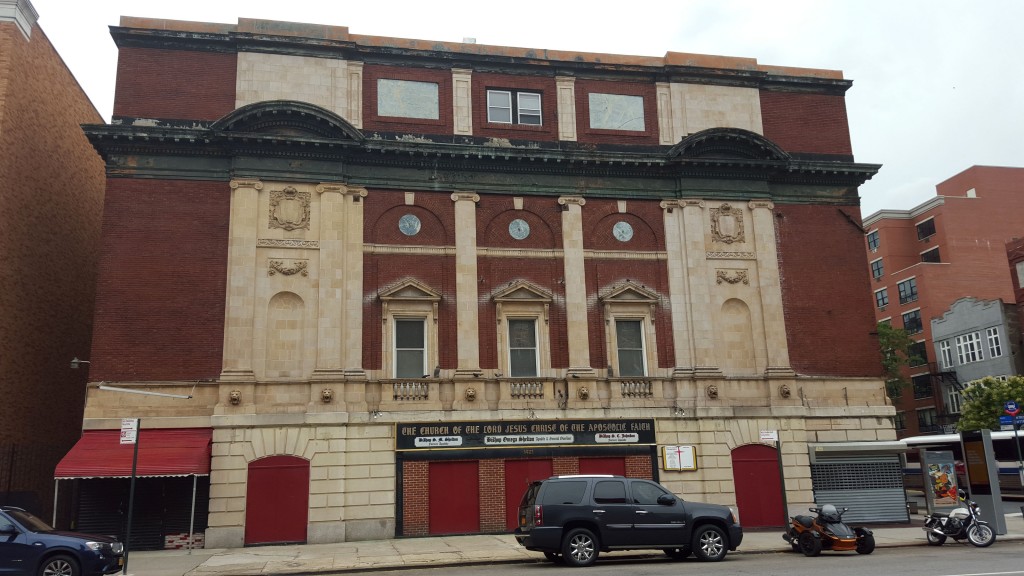 Built in 1911, 1421 Fifth Avenue is the first church on Fifth north of 110th Street and was at the time of its completion known as the Mt. Morris Theatre – the only theater on Fifth Avenue.  Designed by Hoppen & Koen, a firm best known in New York for the monumental Police Headquarters in the Lower East Side, it is a handsome structure with a hint of Edwardian London about it.

Renamed the Teatro Hispano by the 1940s, 1421 Fifth Avenue was one of the few places in New York where Spanish-language films were screened, reflected the growing Latino presence in East Harlem overall from the 1930s onward.  The exterior has been preserved in its current role as the Church of the Lord Jesus Christ of the Apostolic Faith.

Comedian Milton Berle once made a non-appearance at the theater when he was 14 years old – prevented from appearing on stage by child protection laws of the day, he sang Irving Berlin’s then debuting “Oh How I Hate to Get Up in the Morning” from inside a large crate.