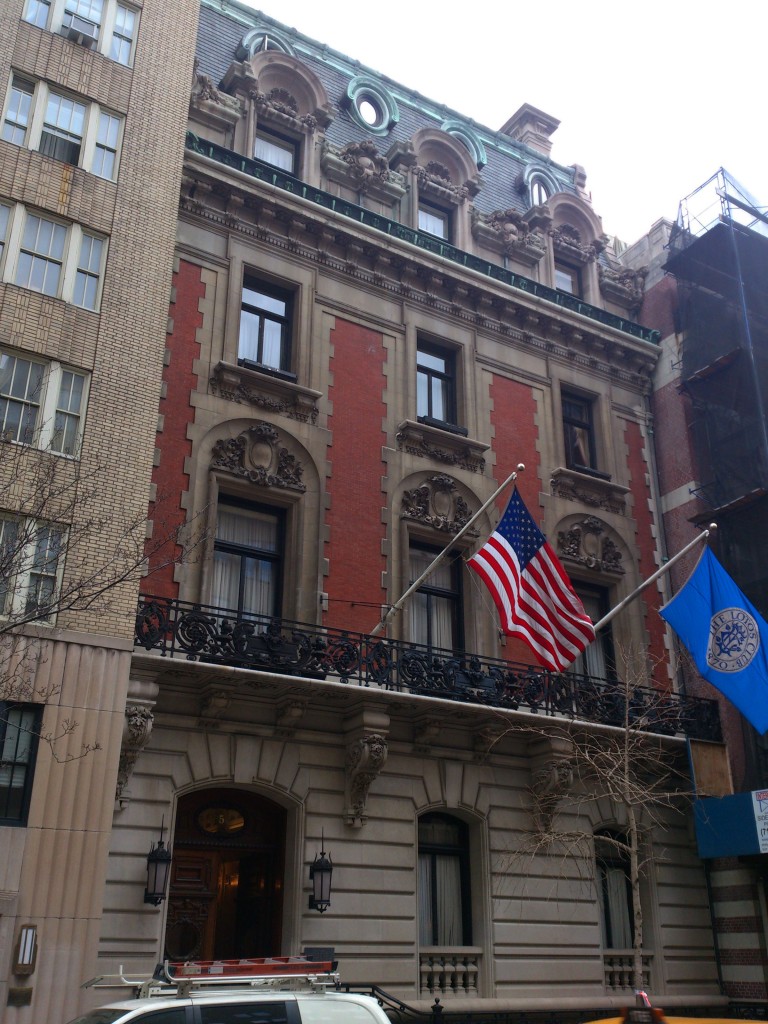 A private club with a focus on arts & letters, the Lotus Club was founded in 1870 and has counted Mark Twain, Orson Welles, Margaret Mead and Wynton Marsalis.  The organization takes its name from the poem “The Lotus Eaters” by Alfred, Lord Tennyson, who describes a land “in which it seemed always afternoon”.  Its present location at 5 East 66th Street is the club’s fourth address; the building was designed in 1900 as a house by Richard Howland Hunt and is one of the handsomest Beaux Arts mansions surviving off Fifth Avenue.